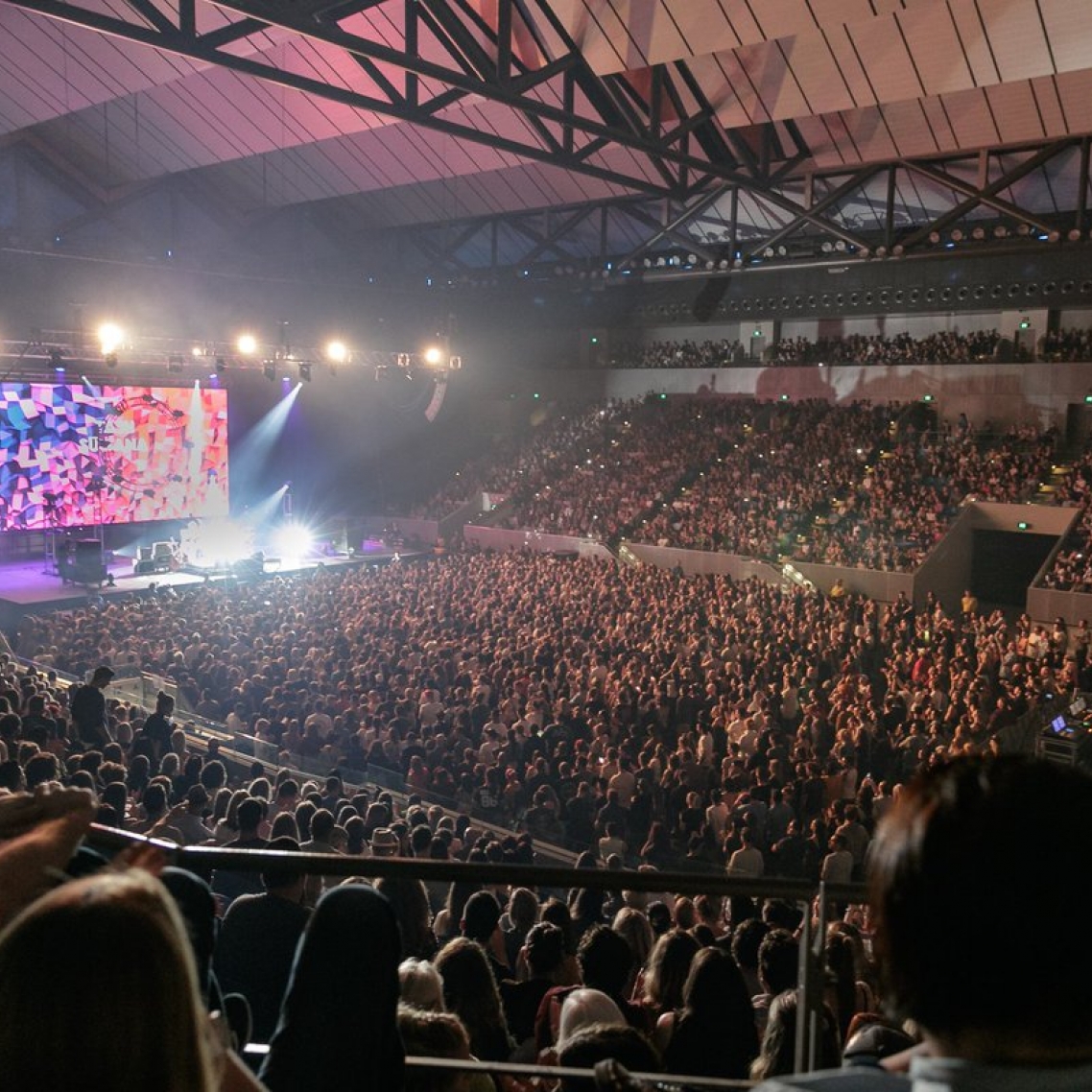 Born in 1942, Margaret (Smith) Court grew up in Albury on the border of New South Wales and Victoria. As a teenager she went to Melbourne to develop her tennis career under the guidance of another Australian tennis great, Frank Sedgman, and trainer Stan Nicholes.

At 17 years of age she won her first Australian Championship title – the first of seven straight victories in her total of 11 National championships, and the beginning of an amazing career in which she amassed 62 Grand Slam titles, including 24 in singles. This remains a record for both men and women. Representing her country in Federation Cup from 1963-71; she won all of her twenty singles matches, fifteen of twenty doubles matches and was a member of four winning Federation Cupteams (1964, ’65, ’68 and 1971).

In 2010 it was announced MCA would undergo a significant redevelopment as part of the $700 million Melbourne Park Masterplan, transforming the court into a multi-use arena capable of hosting a wide range of sporting and entertainment events.

With the capacity increased from 6,000 of 7,500, the redeveloped MCA features a state-of-the-art retractable roof – the fastest of its kind in the world, opening or closing in just five minutes.

Public transport is the quickest and easiest way to get to and from an event at Melbourne & Olympic Parks. Trains, trams and buses operate frequently, dropping you right at the door of Australia’s premier sports and entertainment precinct. On site public car parking is very limited. For major concerts and events public transport is recommended as the most effective mode of transportation. A short walk from Flinders Street train station via the William Barak footbridge allows patrons and guests access to the City Entrance of Melbourne & Olympic Parks. The new Tanderrum Bridge is now the main entrance to Melbourne Park from the CBD, connecting directly into the precinct via Birrarung Marr. For more information about getting there including timetables, fares and maps contact 1800 800 007 or visit Public Transport Victoria.

Past Events at Margaret Court Arena

Catfish and The Bottlemen