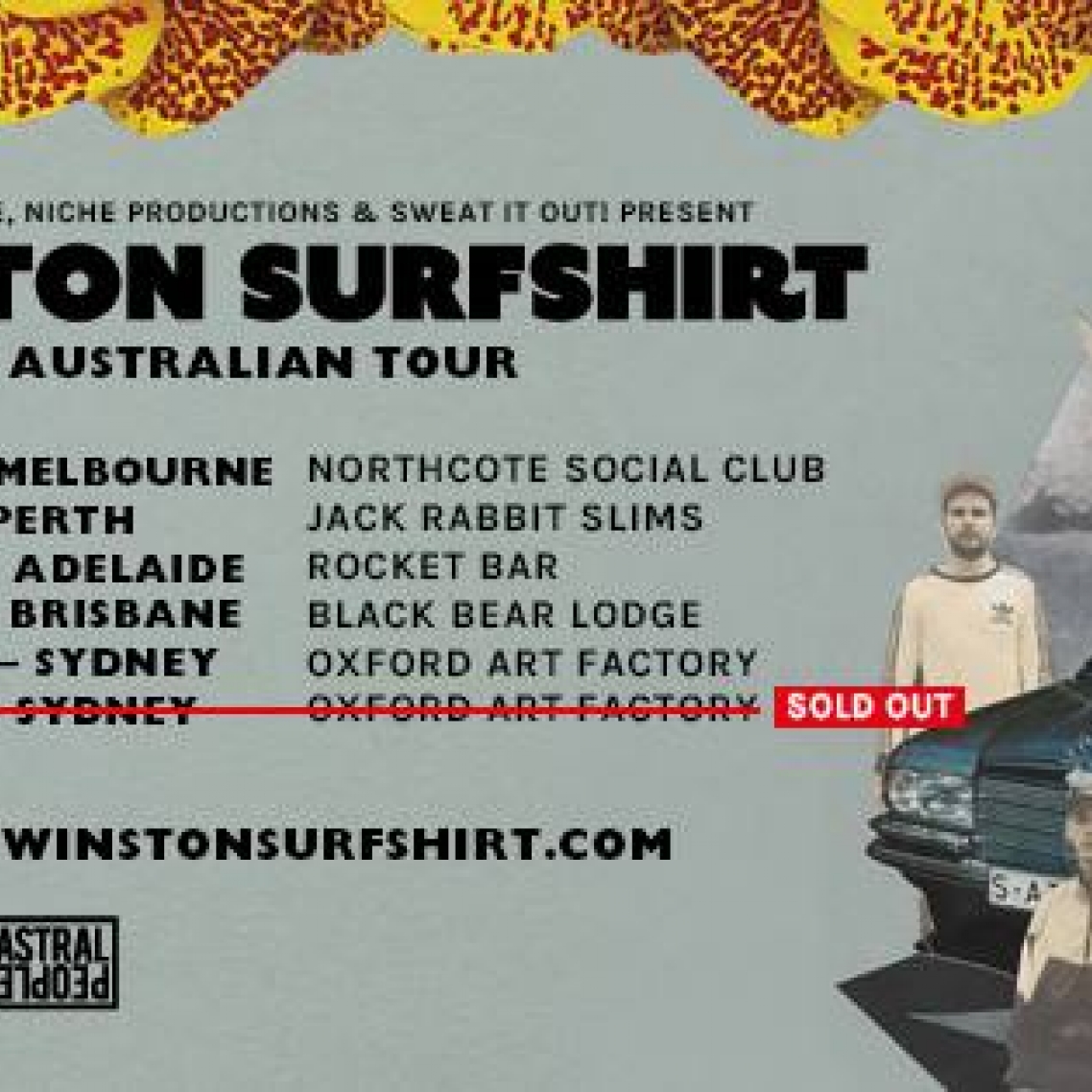 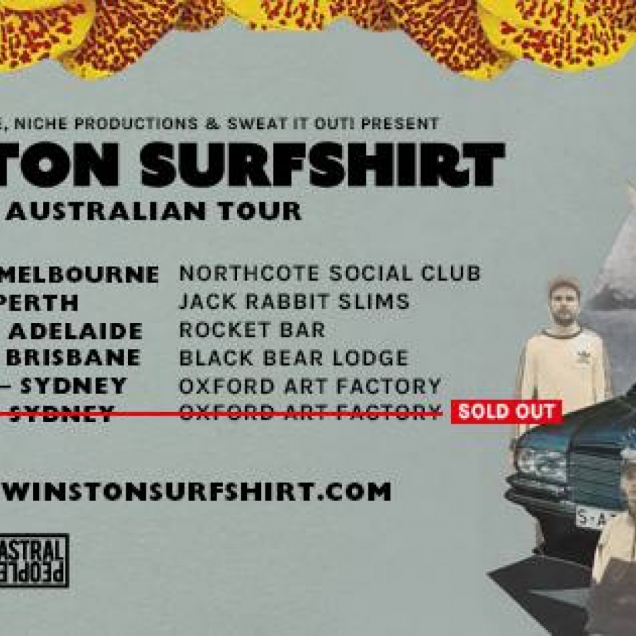 Friday, 2nd June 2017 - 8:00PM
Northcote Social Club
Northcote Social Club, High Street, Northcote, Victoria, Australia
Headliner: Winston Surfshirt
Supports: TBC Following the sold-out hometown launch for their debut single “Be About You”, Sydney's Winston Surfshirt are thrilled to announce they'll be hitting the road this June on their first national headline tour. To coincide with the news, the five-piece share a live rendition of J Dilla's soulful original "So Far To Go" ft. Common & D'Angelo - filmed from band member Bustlip's living room. The jazzy trombone shines throughout the clip, while Winston nails the vocals and synths enter from all angles. It’s been an exciting year for the band lead by singer/rapper/multi-instrumentalist Winston Surfshirt. Their unique blend of soul, funk and dream-pop quickly caught the attention of tastemaker label Sweat It Out, local legends Astral People and Niche Productions as well as US booking agent CAA's Alex Becket (RUFUS, Roisin Murphy, Tom Misch) and Joe Hadley (NAO, GoldLink). Meanwhile “Be About You” quickly flooded the airwaves and debuted at #1 on Australia's Spotify Viral charts and in the top 50 globally, receiving nods from triple j and community radio as well as the likes of international tastemakers Beats 1’s Zane Lowe & KCRW's Jason Bentley. Even the Rocket Man himself has given his almighty seal of approval. Last week, Sir Elton John featured “Be About You” on his popular Beats 1 radio show The Rocket Hour. Although they've had but one official release, Winston Surfshirt have been vital members of Sydney’s underground, headlining warehouse parties and appearing at festivals across Sydney’s inner suburbs for some time. Last year, they teamed up with electronic duo Polographia to provide silky vocals for their single “Sly” and later supported RUFUS on their regional Australian tour. With a loyal fan base already established, it’s no surprise the band's Newtown Social Club launch sold out in under two weeks, months in advance. Fans aren't the only ones paying attention, Aussie rock royalty Midnight Oil have invited Winston Surfshirt to support them on the inaugural show of their worldwide reunion tour. The show will take place at legendary venue, Selina's at Coogee Bay Hotel, Thursday April 13th. Alongside a debut slot at Byron Bay's Splendour in the Grass Festival, the Midnight Oil support and their very own headline tour, 2017 is looking to be all about Winston Surfshirt. Don’t miss your chance to see them tear up stages in Melbourne, Perth, Adelaide and Sydney from June 2.