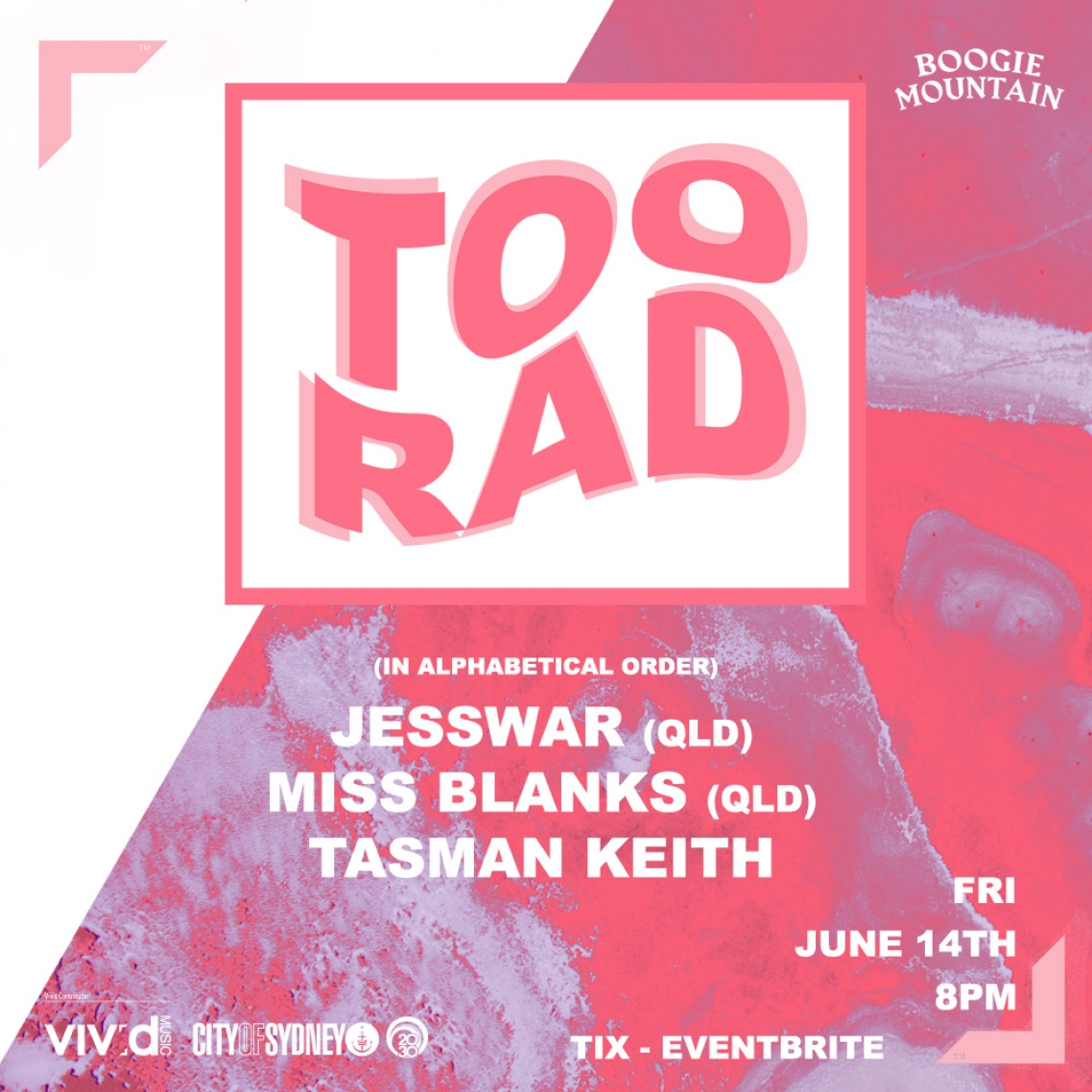 For a limited time, you'll save $14.95 on your first Too Rad ft Jesswar ticket. There's also no booking fees and tickts for all events are always below RRP. 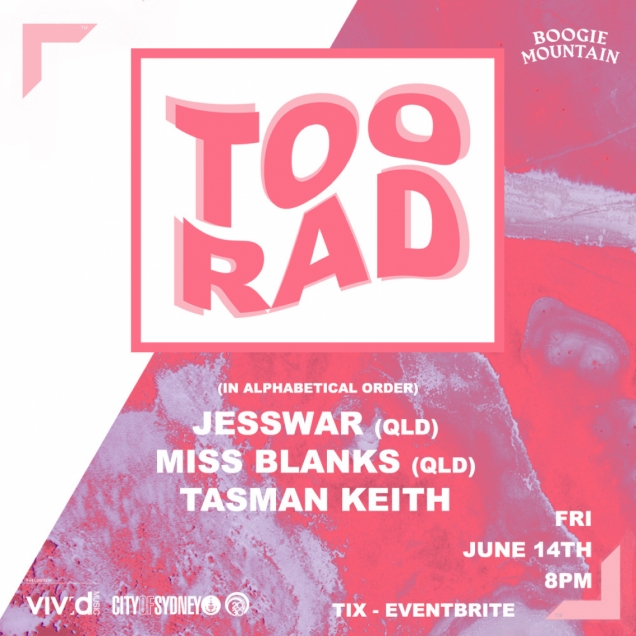 Friday, 14th June 2019 - 8:00PM
Potts Point Hotel
Potts Point Hotel, Darlinghurst Road, Potts Point NSW, Australia
Headliner: Jesswar
Supports: Miss Blanks, Tasman Keith There is no doubt that these artists are killing it in the Australian Hip Hop scene at the moment. All having had released new singles this year, and changing the game with their different personalities, images & important messages. We present to you: TOO RAD - with Jesswar, Miss Blanks & Tasman Keith. An event not to be missed - presented to you in-conjunction with Vivid Sydney Music. About the artists: Jesswar is an independent, Brisbane based Hip Hop Artist hailing from Fiji. At 23 she’s driven, hungry and proving it, having already played at some of Australia's most prominent music festival's such as Laneway, Groovin The Moo and Big Day Out, she has proven herself amongst each lineup. Musical & creative powerhouse - Miss Blanks - has quickly established herself as one of the most important voices among the Australian music landscape. With fire music, style, and a stage presence like no other, she is blowing up the scene in a way that’s too loud for people to ignore. Accumulating 1million+ streams and releasing explosive singles, she flexed hard and saw the industry clamber to celebrate this powerful musical force from Brisbane, Australia. Not only did industry heavyweights like Complex, i-D/Vice, Billboard, Rolling Stone, Redbull, Acclaim, and many more become fans, Miss Blanks inked a deal with Trench Records (Dew Process) in 3 months post her debut, where things only continued to go from strength to strength. From a young age, Gumbaynggirr man, Tasman Keith, has been compelled to continue the great traditions of his people by telling stories through music. As the son of Aboriginal hip-hop pioneer, Wire MC; Tasman bring forward the next generation of his family, delivering a powerful message through a unique sound of hip-hop, R&B and neo-funk. “Tasman Keith represents the strength in talent pushing the wave of Australian hip hop into new territory” – Sosefina Fuamoli, The AU Review
image('homepage'))?> title?> id ?>