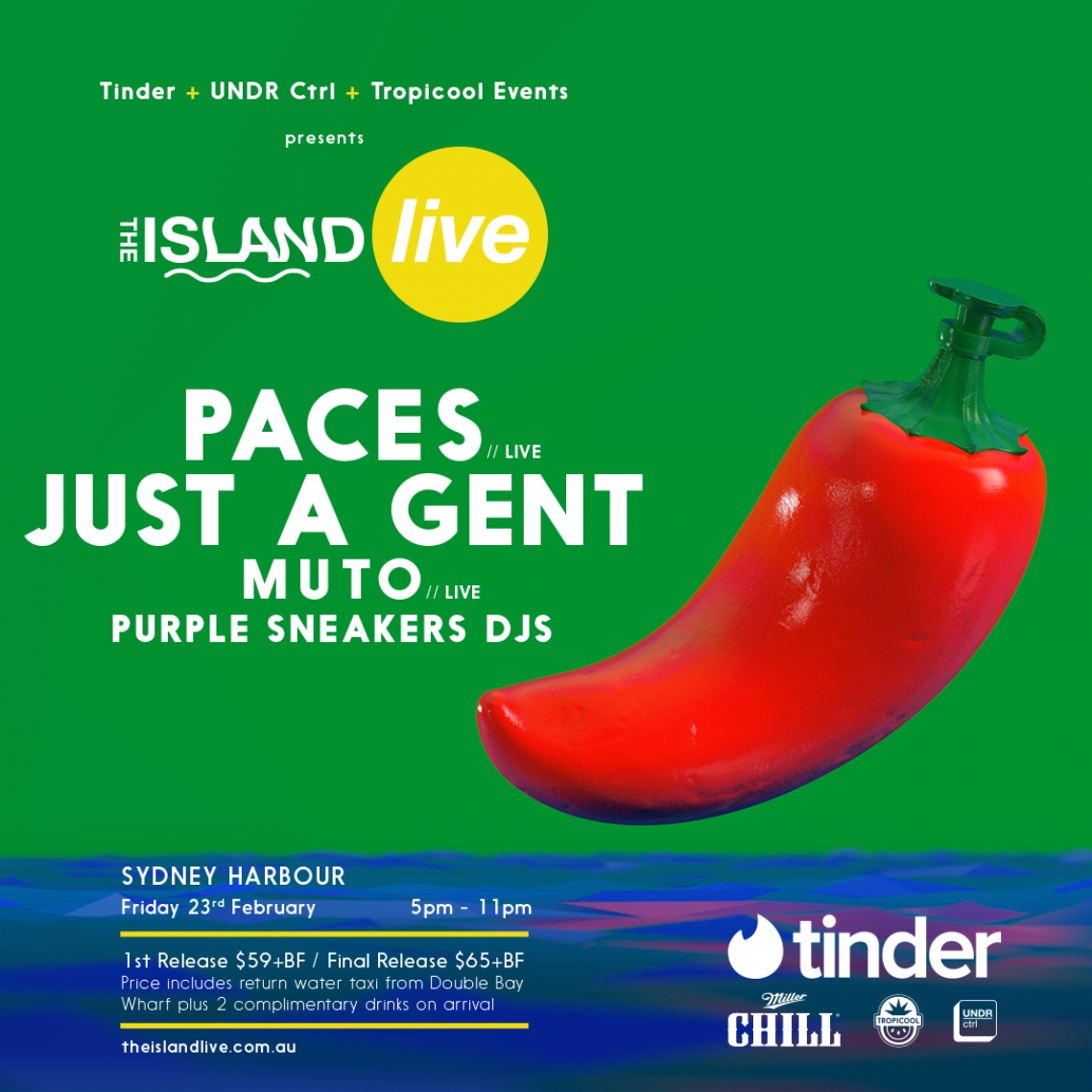 For a limited time, you'll save $14.95 on your first The Island Live ft Paces + Just A Gent ticket. There's also no booking fees and tickts for all events are always below RRP. 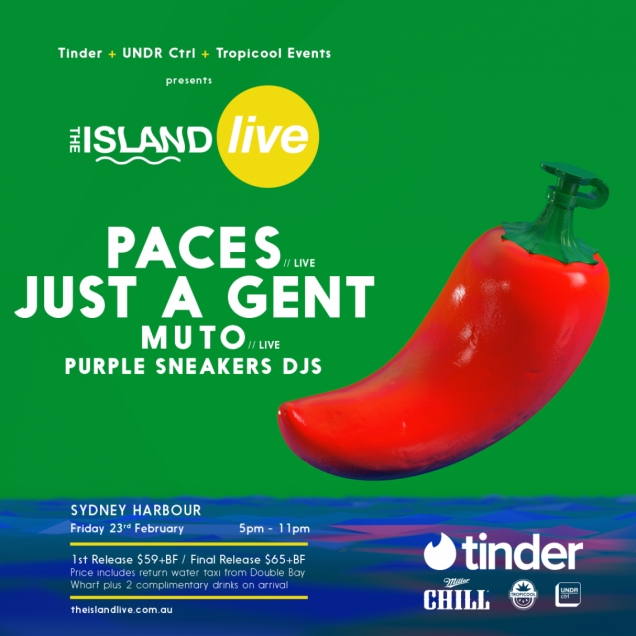 Friday, 23rd February 2018 - 5:00PM
The Island (Darling Harbour)
Double Bay Wharf, Sydney, New South Wales, Australia
Headliner: Paces [live] + Just A Gent
Supports: MUTO [live] , Purple Sneakers DJs The Island LIVE returns on Friday 23rd February for the penultimate party of the summer and an absolutely stacked line-up featuring 3 of Australia’s hottest electronic artists in Paces, Just A Gent, MUTO plus Purple Sneakers DJs. Fresh from two epic sold out parties with the likes of Hayden James, Set Mo, Young Franco and Hot Dub Time Machine in December and January, we return to Sydney Harbour’s favourite venue to present two very special live performances. Set for a huge 2018, Paces brings his all singing, all dancing live show to The Island LIVE. From huge national tours to Splendour and beyond, anyone who has witnessed the Paces show over the past few years will testify to the summer vibes he brings to party with his signature dancers and tropical sounds. Paces is guaranteed to put some zing in your life, and with a new single about to drop you better watch out! Joining Paces is Just A Gent, one of the biggest names in his genre. Following the huge ‘Stories to Tell’ EP of last year which spawned 3 massive singles ‘Heavy As A Heartbreak’, ‘Loaded’ and ‘Rolling Dice’, the young NSW producer returns with a new single in February and EP in March. He’s just returned from a huge North American tour supporting San Holo and his DJ sets are nothing short of epic. Trust us, this is gonna be BIG! Up next is MUTO, performing his stunning live show on the night. 2017 was a really big breakthrough year for him with all 3 singles being added to high rotation on Triple J – ‘Say Nothing’, ‘Wildfire’ and ‘Through the Fog’. He spent the year touring like crazy, playing his own huge headline run, festivals like Listen Out and Groovin the Moo and supporting the likes of Cosmo’s Midnight and Crooked Colours around Australia and jumping on a major European tour supporting Odesza. MUTO is currently putting the finishing touches to his latest EP and we can’t wait to share this special sunset performance with him. Completing the line-up are the much-loved Purple Sneakers DJs. With over 10 years experience no-one rocks a party better than these guys, and with a mantra of ‘Trusted for Taste” through their music blog, you can sure as hell rely on them to bring the goods!