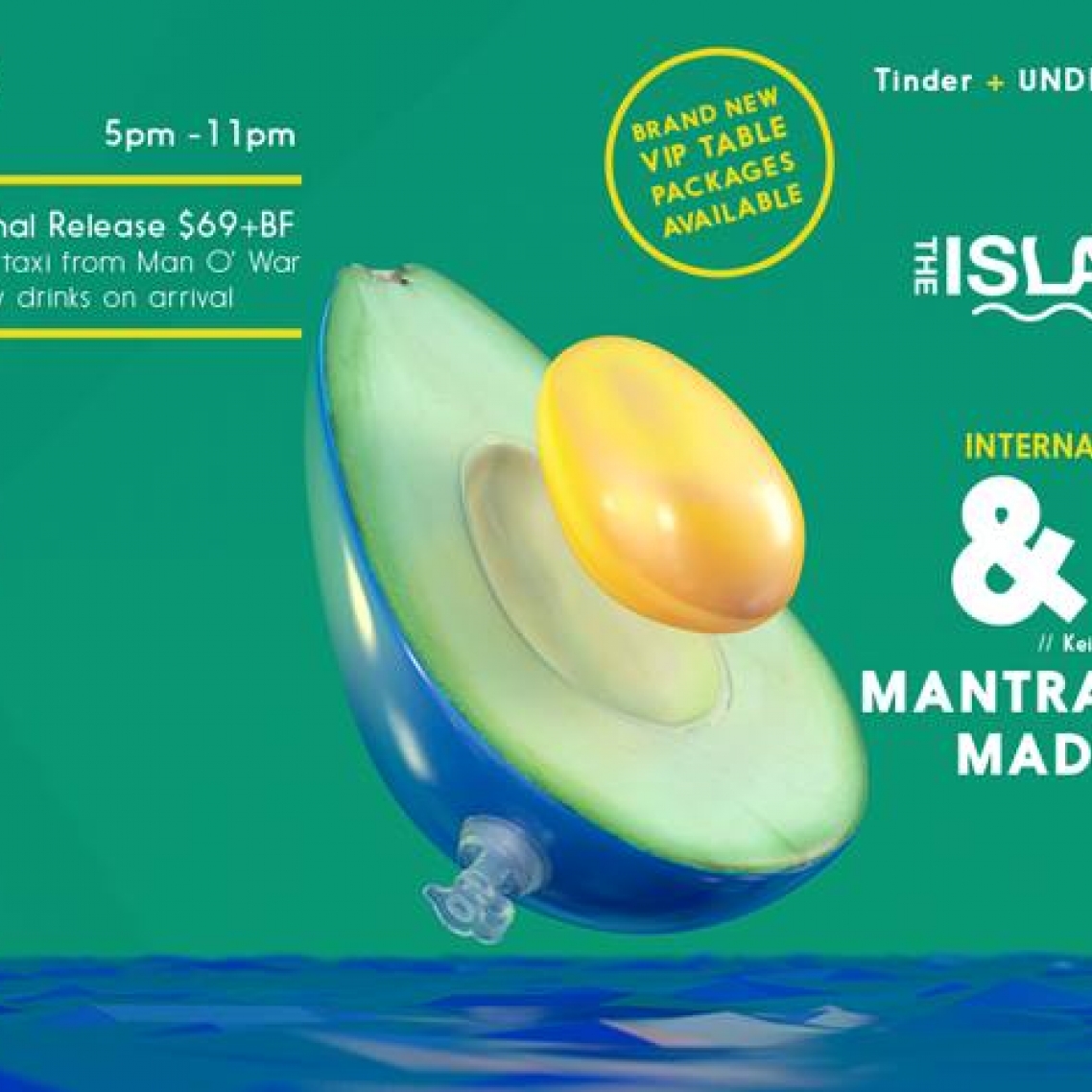 For a limited time, you'll save $14.95 on your first The Island Live ft &ME (Germany) ticket. There's also no booking fees and tickts for all events are always below RRP. 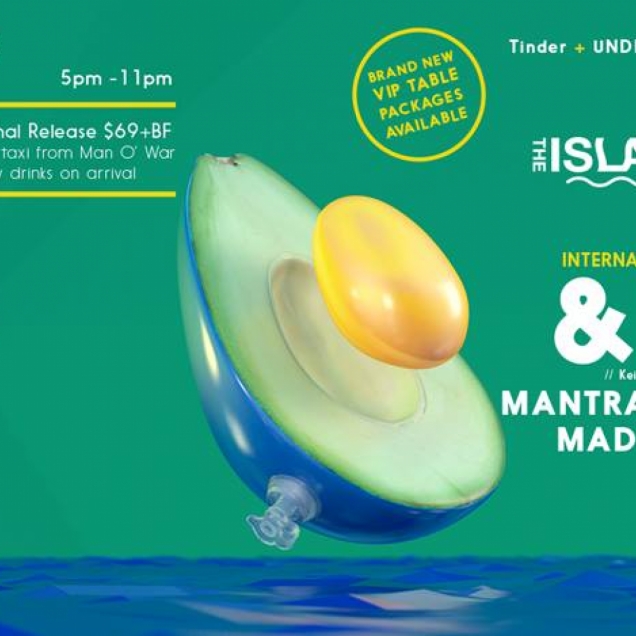 The Island Live ft &ME (Germany)

Friday, 3rd November 2017 - 5:00PM
Sydney Harbour (Man O War Steps)
Man o' War Steps, Sydney, New South Wales, Australia
Headliner: &ME
Supports: Mantra Collective, Made in Paris ------------------------ The Island LIVE Presented by Tinder, UNDR ctrl & Tropicool ------------------------ Friday 3rd November 2017 Sydney Harbour 5-11pm | The Island www.theislandlive.com.au ------------------------------------------------ ● THIS MONTH'S LINE-UP All tickets includes: - Event Ticket - Return water taxi from Man O War Steps (worth $25) - Two free drinks on arrival (worth $20) – thanks to Tinder, Miller Chill and Miller Genuine Draft ------------------------------------------------ ● INFORMATION The Island LIVE returned to Sydney Harbour with a bang last weekend featuring standout sets from headliners The Aston Shuffle and Bag Raiders for the epic launch party. The 4th Season is proudly presented by Tinder, UNDR Ctrl and Tropicool and for our second event of the series we’re turning it up a notch with our first international headliner of the summer. Keinemusik star &ME will be joined by an all-star cast of Mantra Collective and Made in Paris – both heroes of Sydney’s underground scene. Last seen in Australia for the Electric Gardens festival in January, Berlin’s &ME is back down under by popular demand this November. Since we confirmed this booking many months ago, we’ve been so excited to welcome &ME to the Harbour – an exclusive side show from the sold out Return to Rio festival no less. &ME perfectly blends techno and soulful house, marking him out as one of the most unique performers on the scene. He is a founding member of Keinemusik, a collective of Berlin-based DJs and producers, and his first release for the label 'F.I.R' was an international smash. He also produces for Nic Fanciulli’s Saved Records and is one of the hottest DJs on the global circuit right now. &ME’s stirring house and techno will be set up perfectly by returning legends of The Island LIVE - Mantra Collective. Promoters of some of the finest parties in the city, our favourite Sydney trio are one of the most respected DJs on the scene playing everywhere from Lost Paradise and Subsonic to Return To Rio and S.A.S.H. We promise you, sunset has never sounded so good! Completing the line-up is Upon Access label boss Made in Paris. Her sound is fixed on the melodic drive of techno, tech house and deep moods, and through EP’s including 'Mass Movement' and ‘Dancing In The Dark’ Made in Paris has gained global support from the likes of Sven Vath, Pan-Pot, Nicole Moudaber and Maceo Plex to name a few. You might also have heard her at Listen Out or Field Day festivals already, but now it’s time for MIP’s exclusive Island LIVE debut… and we can’t wait. Tickets won’t stick around for long and are available from Eventbrite. Brand new for Season 4 are a limited number of Deluxe VIP Table Packages, so if you fancy partying in style or celebrating a Birthday this package is for you!