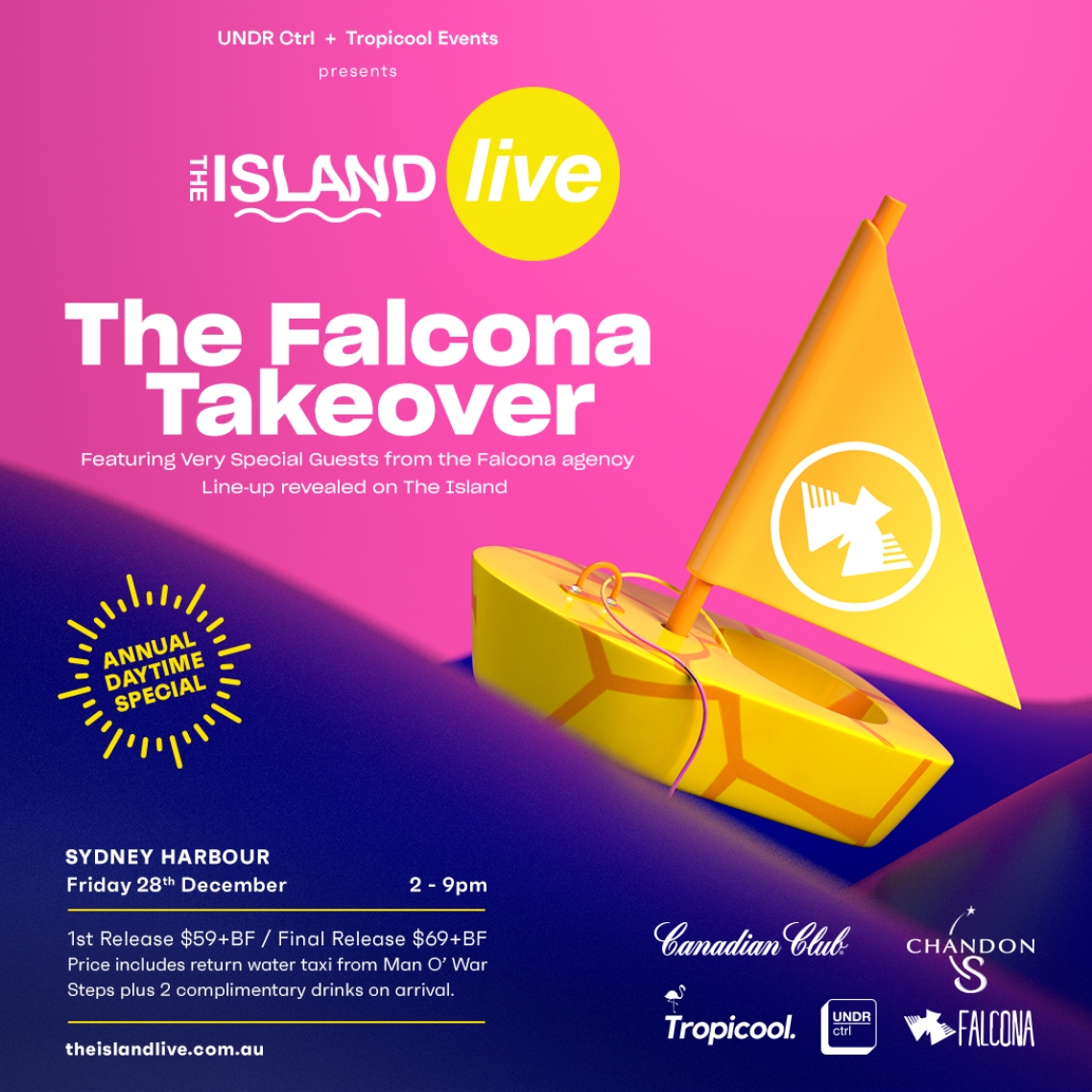 For a limited time, you'll save $14.95 on your first The Island LIVE: Falcona Daytime Special ticket. There's also no booking fees and tickts for all events are always below RRP. 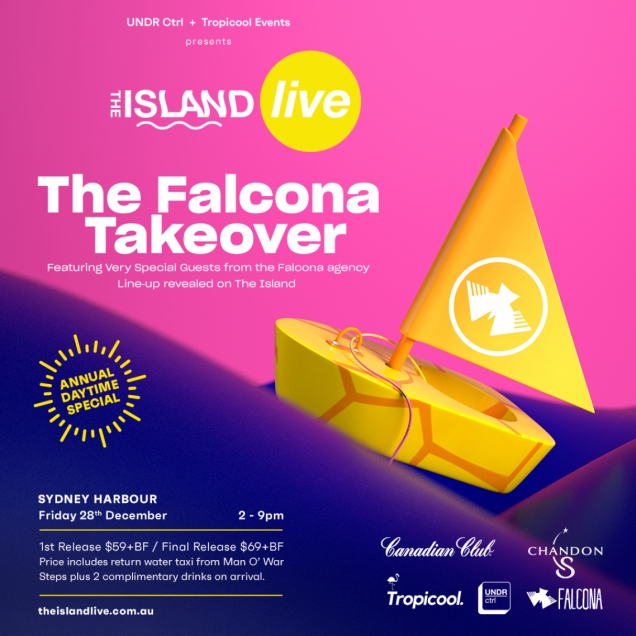 Friday, 28th December 2018 - 2:00PM
The Island
The Island Sydney, New South Wales, Australia
Headliner: Special Guests revealed on the day
Supports: Featuring very special guests from the Falcona Agency, Line-up revealed on The Island As The Island LIVE picks up the pace into the silly season, it’s time for our ANNUAL DAYTIME SPECIAL on Friday 28th December and the very special return of the Falcona Takeover for the 3rd year in a row! Held aboard Sydney’s favourite Harbourside venue The Island; there is simply no better way to shake off the Xmas excess with one final blow out before the New Year! Falcona is one of Australia’s leading boutique music companies representing a diverse mix of artists including Alison Wonderland, Hayden James, DMA’S, Hot Dub Time Machine, Crooked Colours, Paces, Young Franco, ShockOne, Human Movement, Running Touch, Dena Amy, Bad//Dreems and Miami Horror between their management and agency businesses. The Falcona crew also host some of the best parties in the country including Wine Machine and NYE in the Park… so I’m sure you would agree that you’re in very safe hands here! Every year Falcona have OVER delivered to bring you some absolutely crazy line-ups to Sydney Harbour and our strictly limited capacity venue. Past guests have included Alison Wonderland, What So Not, Hayden James, Hot Dub Wine Machine, Human Movement, Young Franco, Hook N Sling, Wax Motif, Tom Tilley and many more. By now you all know the drill… we cannot announce the line-up before the event, but we can GUARANTEE that it’s another bloody monster bill, and all the juicy headliner details will be revealed on The Island. We strongly advise that you jump online to grab your tickets as soon as we go on sale. This event has sold out 3 years in a row, and we are expecting another quick sell out this year! And finally, if you’re feeling a bit fancy, then we’ve got a limited number of Deluxe VIP Table Packages available so whether you’re celebrating a Birthday or simply wanna push the boat out, then make sure you party with us in style!

Sign up below for your
The Island LIVE: Falcona Daytime Special ticket(s)