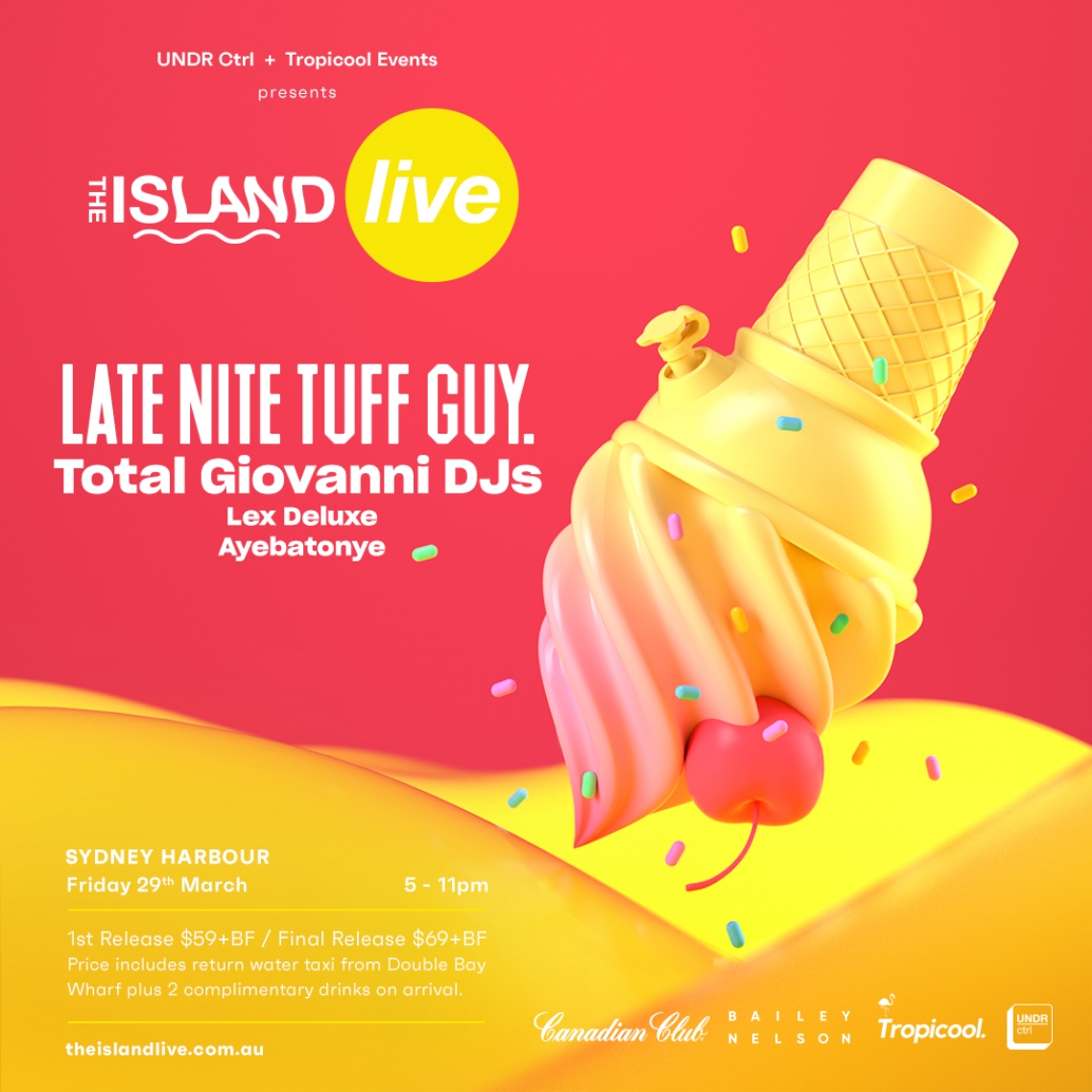 For a limited time, you'll save $14.95 on your first The Island ft Late Nite Tuff Guy (SOLD OUT) ticket. There's also no booking fees and tickts for all events are always below RRP. 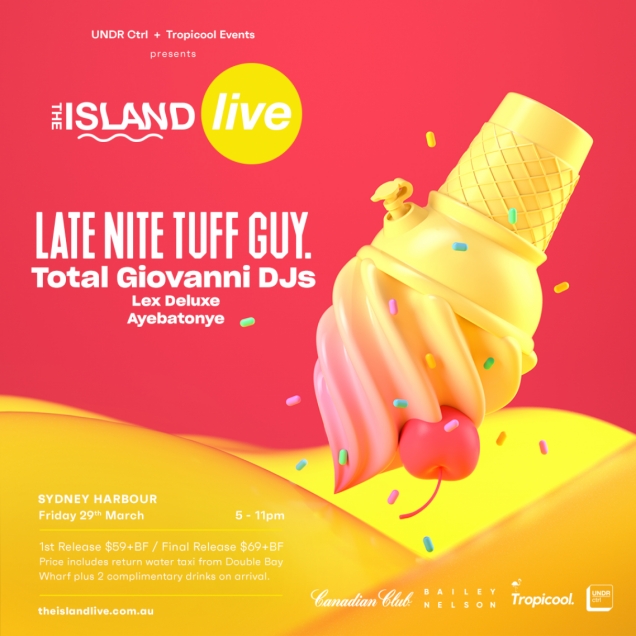 Friday, 29th March 2019 - 5:00PM
The Island
The Island Sydney, New South Wales, Australia
Headliner: Late Nite Tuff Guy
Supports: Total Giovanni DJs, Lex Deluxe, Ayebatonye Here we go… on Friday 29th March we present the penultimate Island LIVE event of the series, pulling out all stops to bring you a line-up of the finest disco kings and queens to keep you dancing as the sun goes down on Sydney Harbour. With a career spanning over 30 years, we’re thrilled to welcome back prolific Aussie export and one of our all-time favourite guests Late Nite Tuff Guy. LNTG is the scandalous alter-ego of HMC aka ‘The Godfather of Australian Techno’. As LNTG, he peddles the most credible of disco-edits, creating classics in their own right. His original ‘I Get Deeper’ remains an absolute stalwart anthem, sounding as fresh today as it did on its release in 2007. He’s recently dropped official international remixes for New Order and Herb Alpert and there’s rumours of an original album. Having given us such a special sold out night back in 2016 we cannot wait to welcome the disco don back to the Harbour. Joining LNTG will be an act we’ve wanted to book for years, please welcome Total Giovanni in DJ mode. Fresh from releasing their stunning debut record ‘Euphoria’ at the end of last year, the band have been touring none-stop since. The Melbourne stars have amassed a cult following through the release of seminal classic tracks ‘Can’t Control My Love’, ‘When We Break’, ‘Comes in Waves’ and ‘Your Light’ and lining them up to play alongside LNTG is like a dream come true! The Island LIVE resident Lex Deluxe is back on deck duty following recent appearances at Falls Festival and Lost Paradise and she’ll be joined by rising star and creative force Ayebatonaye. Be sure to check out her FBi Radio podcast ‘Don’t @ Me’ and her DJ workshop/showcase program ‘Irregular Fit’. Special thanks to our partners Canadian Club and Bailey Nelson.