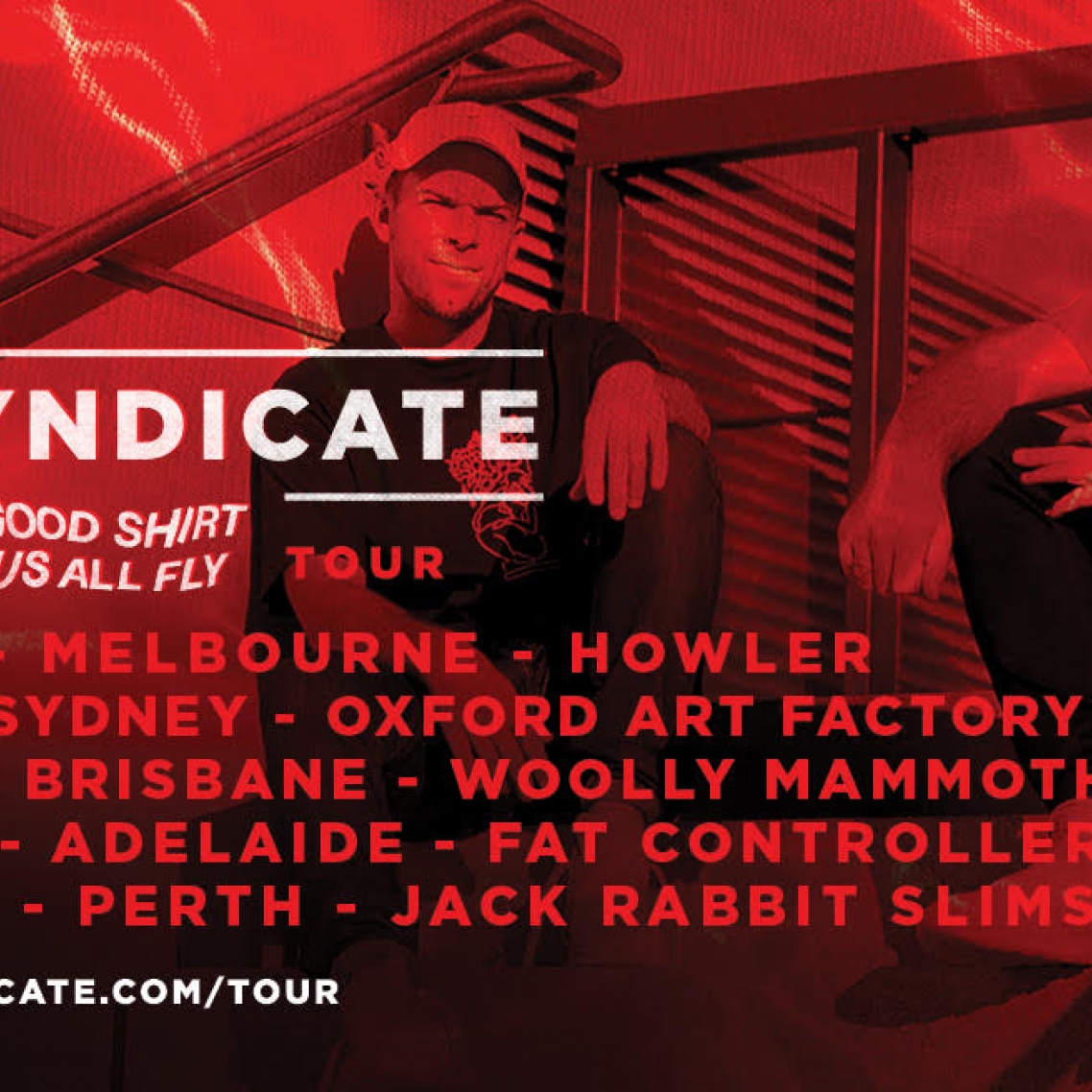 For a limited time, you'll save $14.95 on your first Spit Syndicate ticket. There's also no booking fees and tickts for all events are always below RRP. 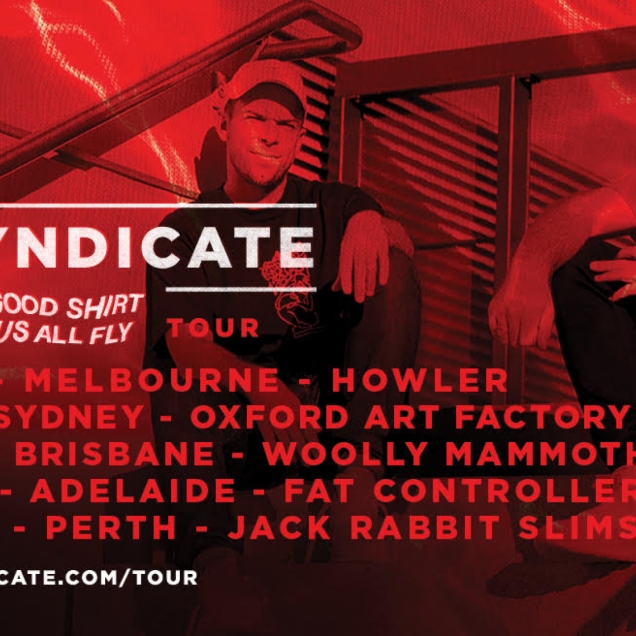 Saturday, 1st July 2017 - 8:00PM
Howler
Howler, Dawson Street, Brunswick, Victoria, Australia
Headliner: Spit Syndicate
Supports: Jackie Onassis We’re heading to Melbourne for a special show at Howler to celebrate the release of our new album ‘One Good Shirt Had Us All Fly’, with special guests Jackie Onassis! Following the release of their acclaimed album ‘One Good Shirt Had Us All Fly’, which debuted at number 1 on the AIR charts, Spit Syndicate are touring Australian capital cities to bring their acclaimed album to life with their trademark high energy live show. Joining Nick & Jimmy will be fellow One Dayers JACKIE ONASSIS, who are back in a major way with the release of their recent single ‘Palo Alto.