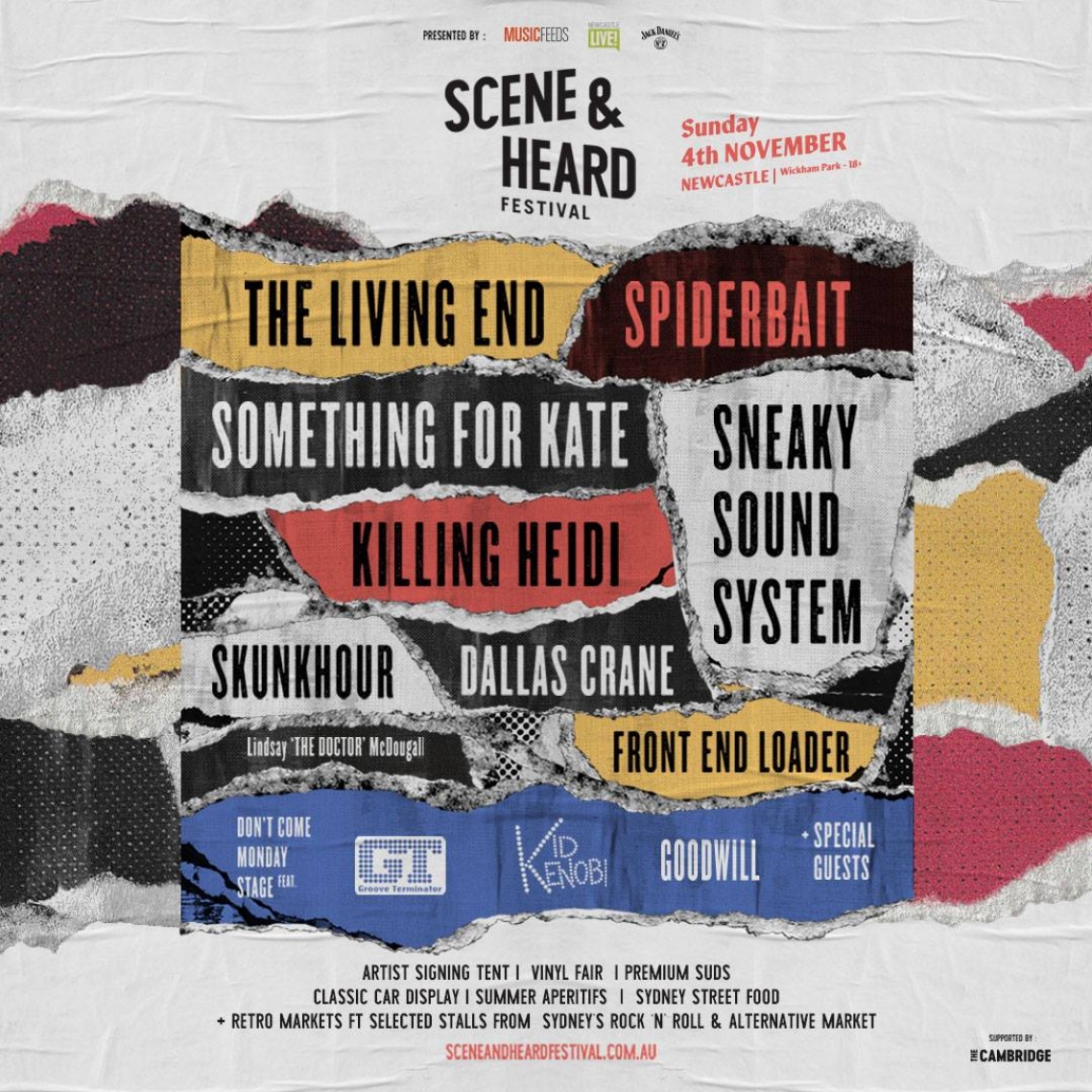 For a limited time, you'll save $14.95 on your first Scene & Heard Festival ticket. There's also no booking fees and tickts for all events are always below RRP. 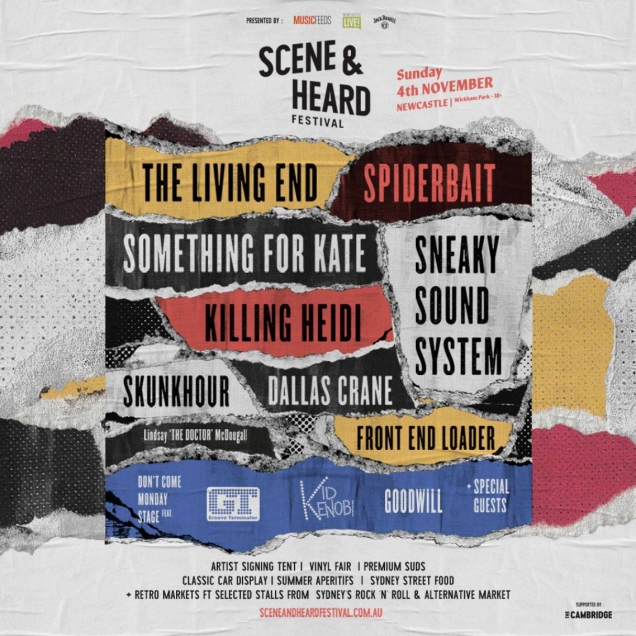 Sunday, 4th November 2018 - 12:30PM
Wickham Park
Wickham Park Hotel, Maitland Road, Islington NSW, Australia
Headliner: The Living End, Spiderbait, Something For Kate
Supports: Sneaky Sound System, Killing Heidi, Dallas Crane, Skunkhour, Front End Loader, Kid Kenobi, Groove Terminator, Goodwill, Hosted by Lindsay &amp;#039;The Doctor&amp;#039; McDougall Crack out that old band shirt, dust off those Doc Martens and bust open that ancient box of glowsticks. It doesn’t matter which scene you were in or which scene you thought you were in, SCENE & HEARD is here for you. SCENE & HEARD is where you belong.

Sign up below for your
Scene & Heard Festival ticket(s)