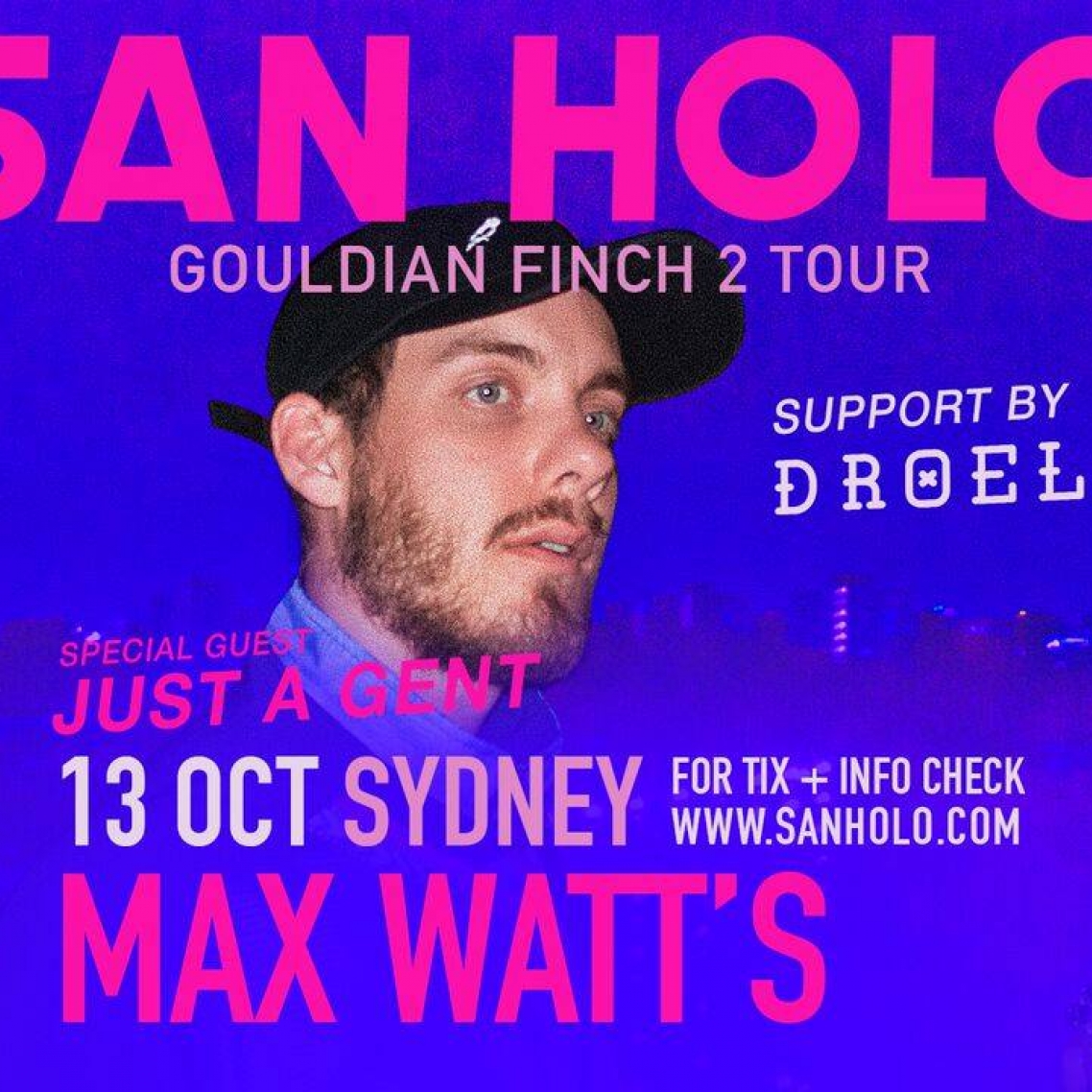 For a limited time, you'll save $14.95 on your first San Holo & Just A Gent ticket. There's also no booking fees and tickts for all events are always below RRP. 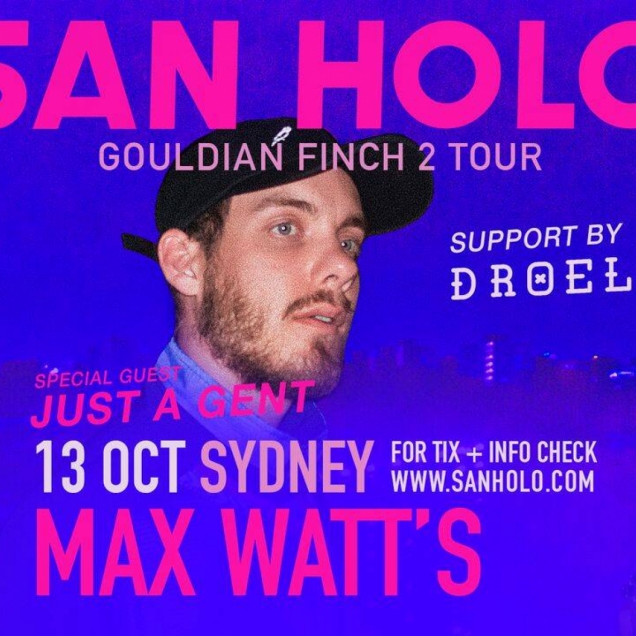 Friday, 13th October 2017 - 9:00PM
Max Watts
Max Watts Sydney, Lang Road, Moore Park, New South Wales, Australia
Headliner: SAN HOLO
Supports: Just A Gent, Droeloe BBE present SAN HOLO (NL) with special guests JUST A GENT (AUS) & DROELOE (NL) FRIDAY 13 OCTOBER 2017 MAX WATTS, SYDNEY His Australian fans have been calling and now BBE are thrilled to announce the incredible, multi-talented SAN HOLO will be debuting his brand new live show in Australia this October. The fun doesn’t stop there, as SAN HOLO is bringing Aussie wunderkind Just A Gent and label-mates Droeloe, along for the ride. SAN HOLO is the future beats to trap connoisseur that has been dubbed the fastest growing talent in electronic music - a title that seems all the more fitting with every new release. Debuting in late 2014 with the COSMOS EP, he quickly garnered the attention of major tastemakers and curators alike with monster tracks such as ‘We Rise’, ‘Light’ and his remix of ‘The Next Episode’ by Dr Dre, proving his popularity by gaining hundreds of millions of plays. SAN HOLO’S way of creating a sound that is distinctive and unique to his brand has driven his success, and has seen him grace the stages of some of the most prolific music festivals in the world like Tomorrowland, Ultra Miami and Lollapalooza. Now it is time for Australia to see what all the hype is about.