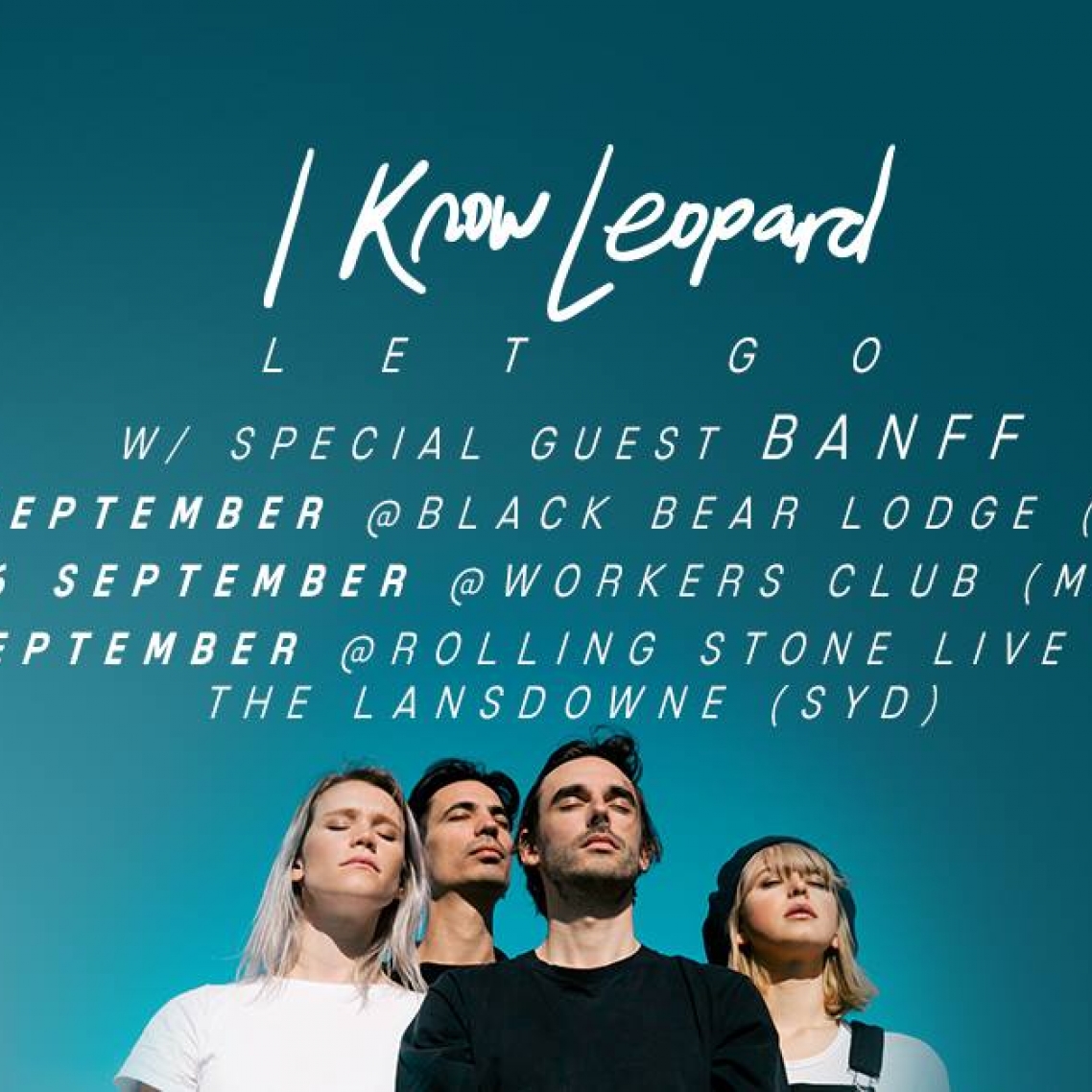 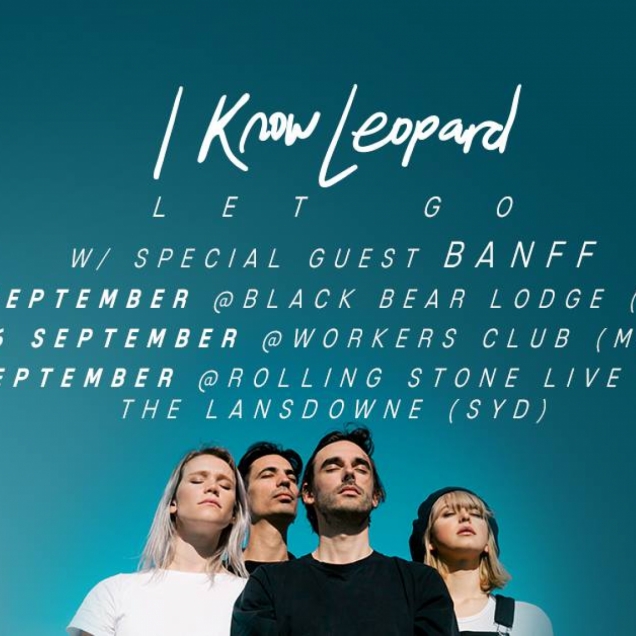 Thursday, 21st September 2017 - 8:00PM
The Lansdowne Hotel
2-6 City Road, Chippendale, New South Wales, Australia
Headliner: I Know Leopard
Supports: Banff With new single ‘Let Go’ enjoying high rotation on triple j and with a massive national tour supporting Montaigne well underway, the time is right for Sydney synth-pop provocateurs, I Know Leopard, to announce a few headline shows of their very own. Taking in Sydney, Brisbane and Melbourne, the three shows will officially celebrate the recent release of ‘Let Go’ and provide a chance for the band to showcase their honed live chops. ICYMI, the video for ‘Let Go’, was directed by up-and-coming Melbourne director Marie Pangaud and offers a blissful ‘day in the life’ teenage portrait, an apt visual accompaniment to the tracks shimmering harmonies and wistful string and key arrangement. 2016 saw IKL ink a deal with Ivy League Records, embark on two mammoth national support tours with The Paper Kites and Holy Holy, release the anti-love anthem ‘Rather Be Lonely’ to a heap of praise and head out on a national jaunt of their own. 2017 has been no holiday for the band, as they work tirelessly on new material and continue to please their ever-growing live following. Don’t miss your chance to see I Know Leopard as they saunter down the east coast this September.
image('homepage'))?> title?> id ?>