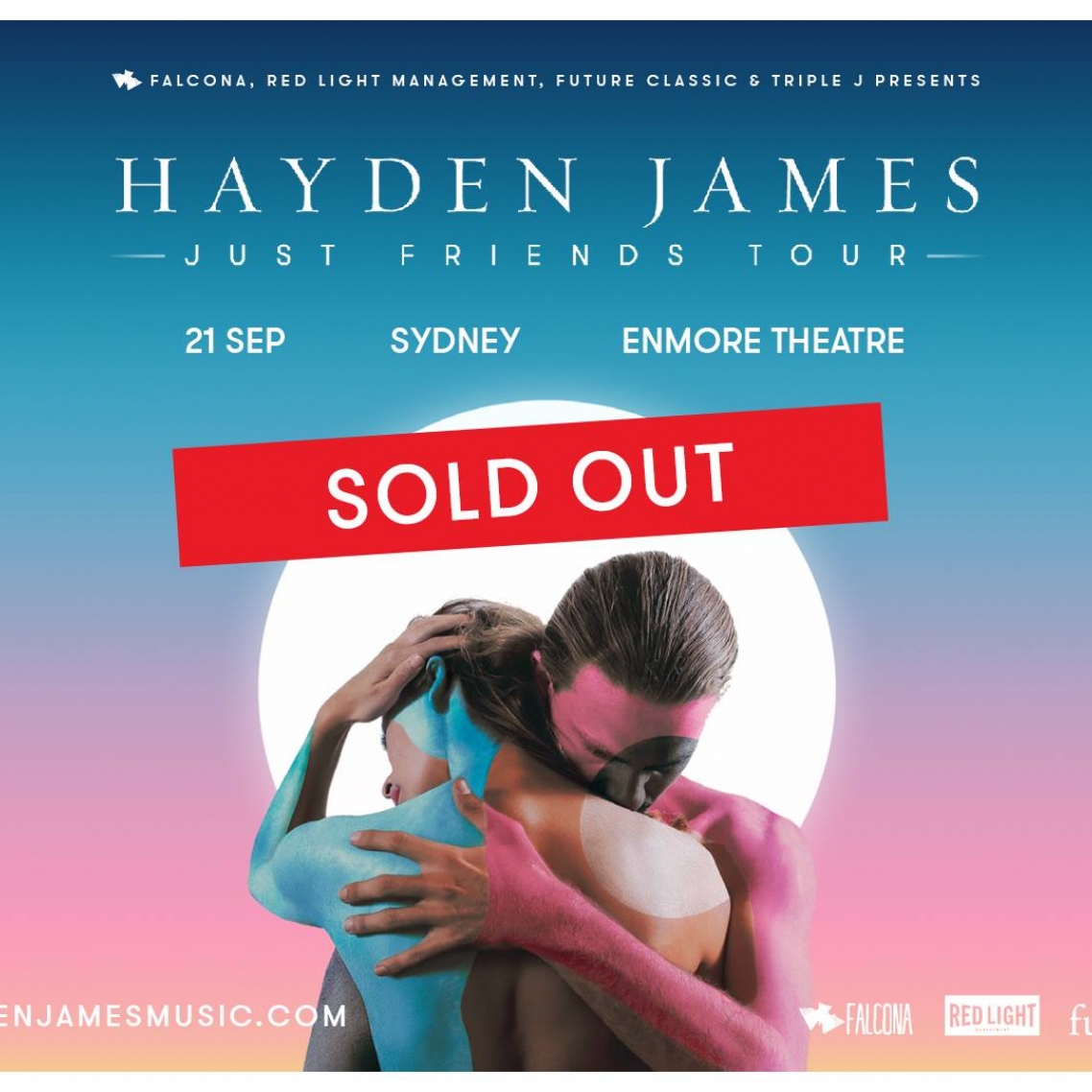 For a limited time, you'll save $14.95 on your first Hayden James - Reserved Seating (Sold Out) ticket. There's also no booking fees and tickts for all events are always below RRP. 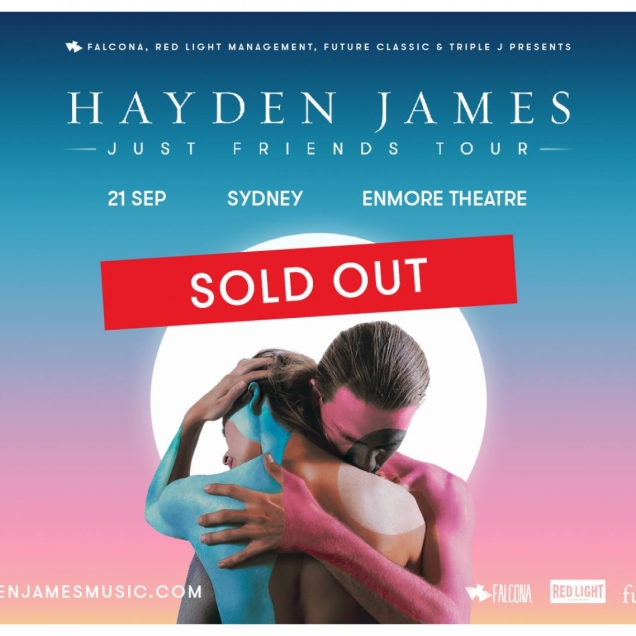 Friday, 21st September 2018 - 7:30PM
Enmore Theatre
Enmore Theatre, Enmore Rd, Newtown NSW, Australia
Headliner: Hayden James
Supports: Carmouflage Rose, Happiness Is Wealth Following an epic US tour and festival run, Hayden’s homecoming tour will be the world premiere of his new live show. Kicking off at Melbourne’s iconic Forum Theatre on September 7, he’ll then head west to play at Perth’s Astor Theatre on September 8. A week later, Hayden will head to Brisbane for a show at The Triffid on September 15, before bringing the tour to a close in his home city at Sydney’s Enmore Theatre on September 21. Having sold out his last three Australian tours, fans should move quick as these shows are one night only, with no extra dates in store. Pre-sale tickets are available now, with general on-sale from 10am on Wednesday May 16. The prolific run of shows builds on what has been yet another impressive year for James, with the recent release of his single “Just Friends”. The track is an infectious four-minutes of pitched-down soulful harmonies, driving bass lines and direct vocals from Boy Matthews - all wrapped within Hayden's signature twist of alluring momentum and rolling grooves. “Just Friends” follows on from the previous platinum-certified summer anthem, "NUMB" featuring GRAACE which is a captivating arrangement of velvety vocals and crafty synthesisers.
image('homepage'))?> title?> id ?>