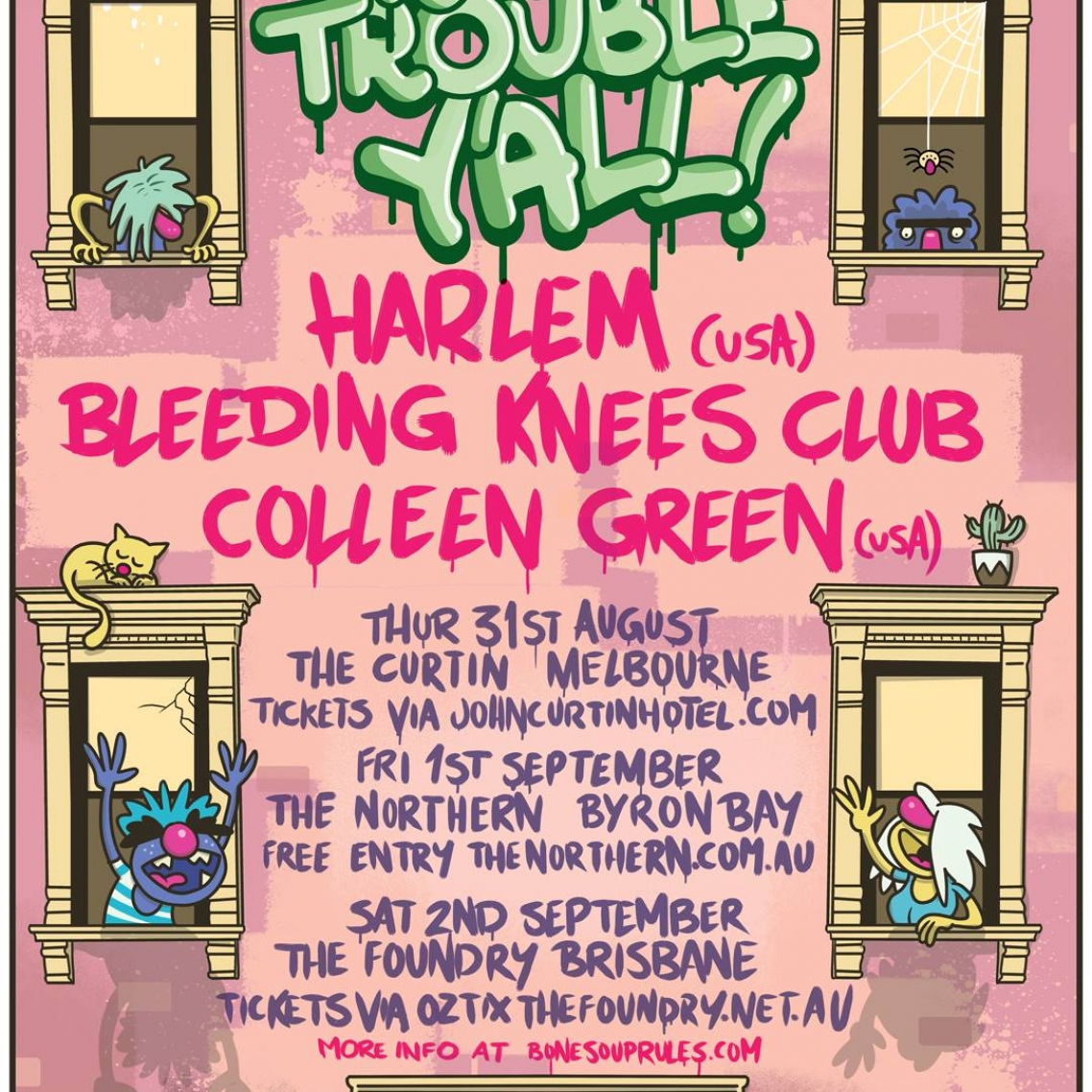 For a limited time, you'll save $14.95 on your first Harlem / Bleeding Knees Club / Colleen Green ticket. There's also no booking fees and tickts for all events are always below RRP. 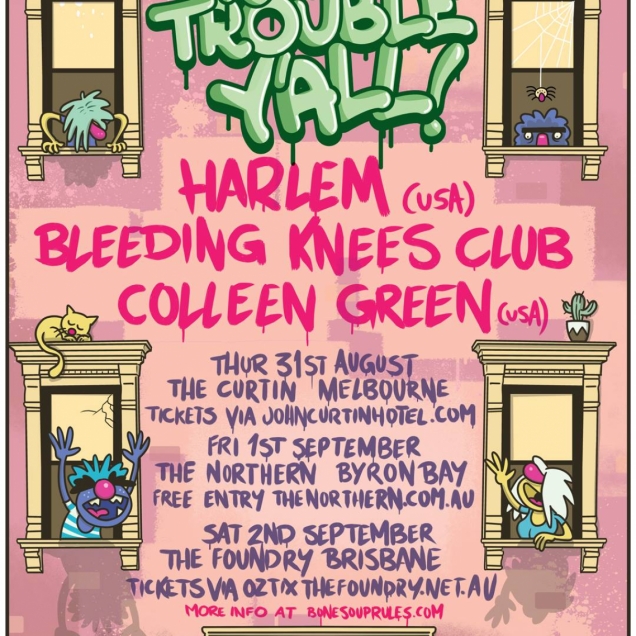 Thursday, 31st August 2017 - 8:30PM
The Curtin Hotel
THE CURTIN (John Curtin Hotel), Lygon Street, Carlton, Victoria, Australia
Headliner: Harlem
Supports: Bleeding Knees Club, Colleen Green Harlem are a band we never thought we'd see live in Australia. Their music is a perfect storm of devil-may-care scuzz-rock and doo-wop noise. "A garage band studied in the ways of 'Nuggets' but clearly enamored with Pixies, they are committed to crafting bubblegum choruses flavored with booze and cigarettes". - Pitchfork Bleeding Knees Club are riding high off the back of this year's "Chew The Gum" EP, which saw the ex-Gold Coast outfit relocated to Sydney via frontman Alex Wall, and with a brand new line-up. "The new line-up means new - welcome - depth, with the trashy bubble-gum punk title-track showing off not just a more well-rounded musical edge, but a captivating self-reflexivity from lead-man Alex Wall". - Rolling Stone Colleen Green is at the vanguard of California's slacker-pop scene. Wearing her punk-rock influences on her sleeve with nods to both Descendents and The Ramones. "Crunchy Clinton-era sonics associated with apathy and irony, reappropriated here for confessions so direct that she might as well be singing from a kneeler." - SPIN Join us for a tour of triple trouble from three special outfits that have never toured together before, and may never tour together again!