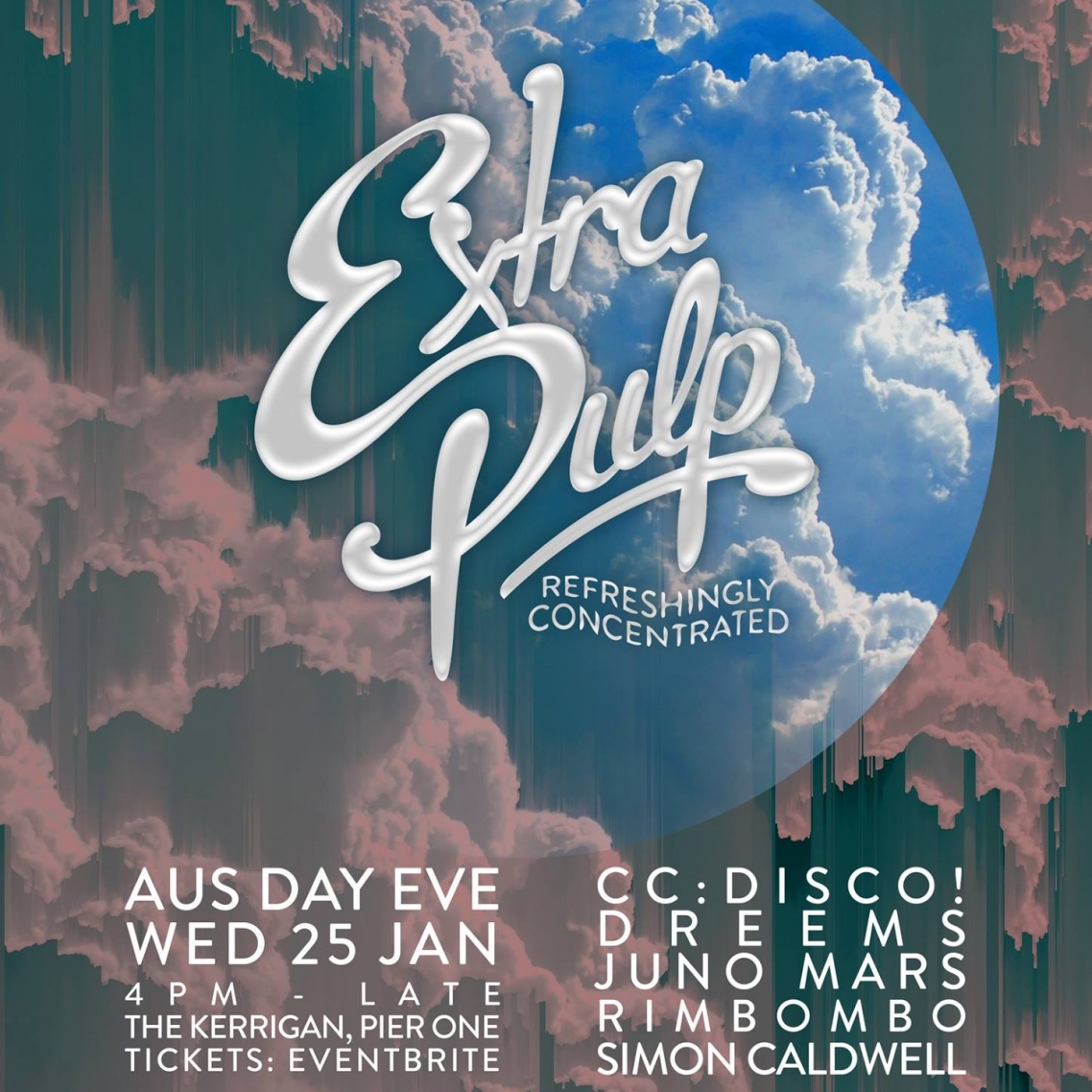 For a limited time, you'll save $14.95 on your first EXTRA PULP /w Juno Mars (Jagwar Ma), CC:Disco!, Dreems ticket. There's also no booking fees and tickts for all events are always below RRP. 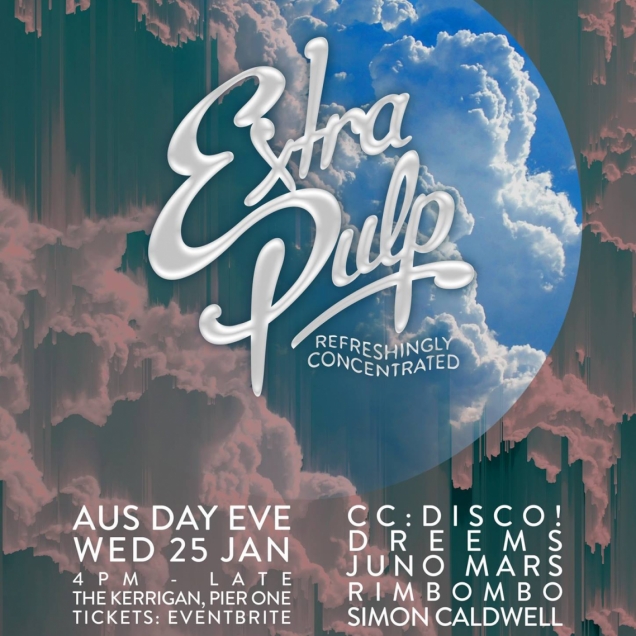 Wednesday, 25th January 2017 - 4:00PM
Pier One Sydney Harbour
Pier One Sydney Harbour, Autograph Collection, Hickson Road, Sydney, New South Wales, Australia
Headliner: Juno Mars (Jagwar Ma), CC:Disco!
Supports: Dreems, Rimbombo, Simon Caldwell Australia Day Eve “Refreshingly concentrated”, EXTRA PULP is the juicy new joint from late night enthusiasts UNDR Ctrl and I OH YOU. This fresh hit of flavor will see the two music brands combining forces to throw parties all over Sydney, kicking off under the Sydney Harbour Bridge at Pier One’s outside decking. Thanks to guest selectors >>> CC:DISCO!, Dreems, Juno Mars, Rimbombo and Simon Caldwell >>> your Australia Day Eve has never sounded so good. Nor looked so good quite frankly [hello spectacular harbour views]… nor tasted so good goddammit; wait till you try The Kerrigan food shack. We’ll be toasting the new Jagwar Ma album with Jono Ma aka Juno Mars ahead of his upcoming Laneway festival slot, whilst grooving out with Melbourne’s first lady of disco, CC:DISCO! – fresh from rippin’ Meredith a new one. The man, the myth, the Multi-Culti legend Dreems joins us on his EU vacation alongside the smoothest man on your radio Simon Caldwell and the radicool sounds of local crew Rimbombo. EXTRA PULP; quenching your thirst for summer…