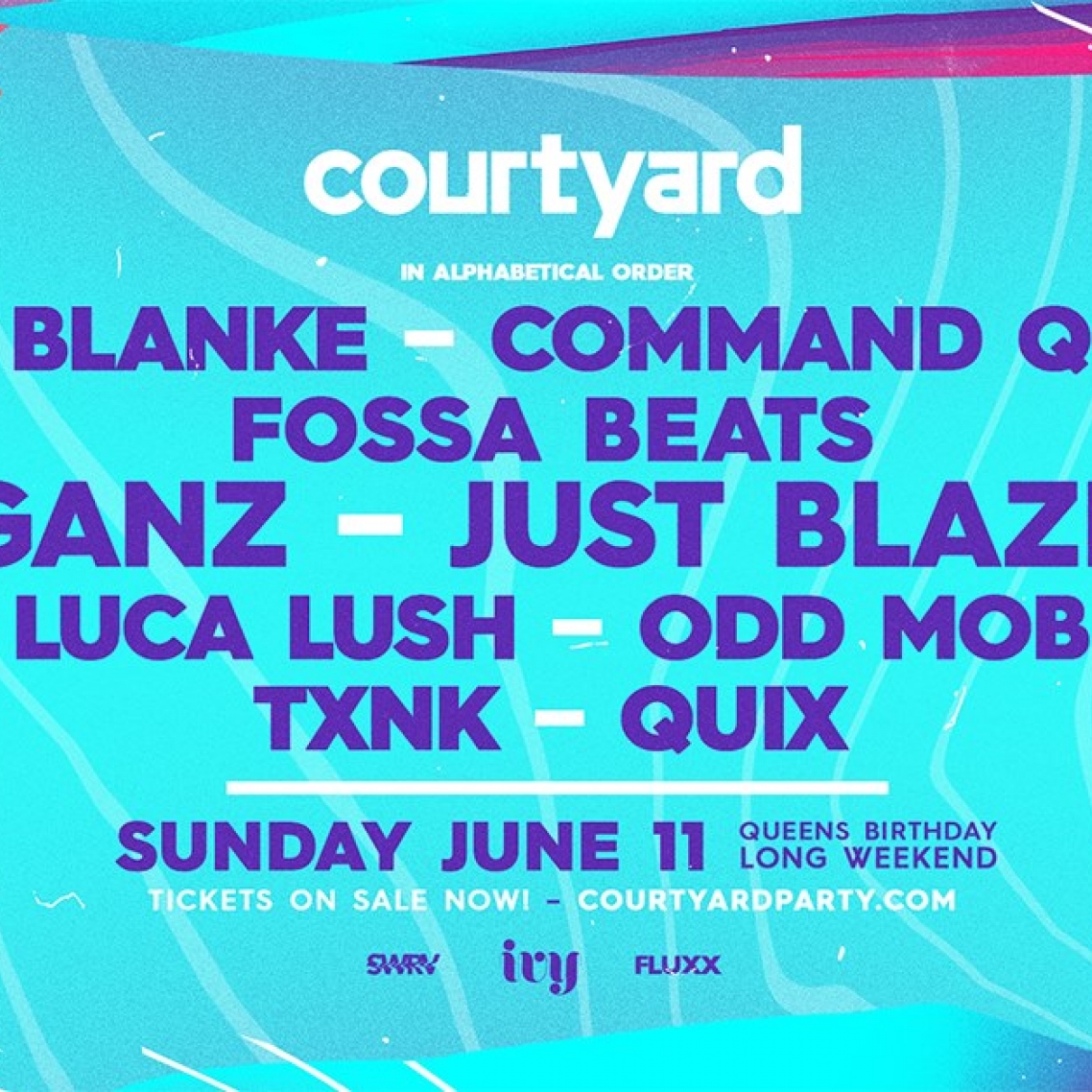 For a limited time, you'll save $14.95 on your first Courtyard Live ft. Ganz, Just Blaze, Quix, Odd Mob + More ticket. There's also no booking fees and tickts for all events are always below RRP. 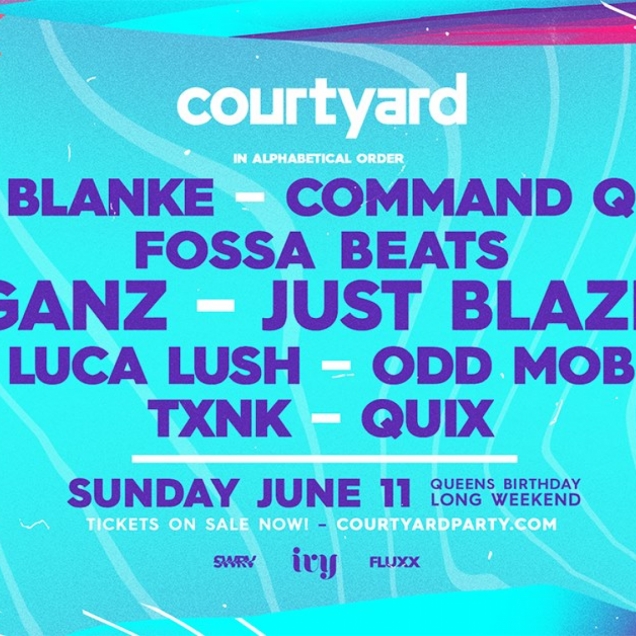 Sunday, 11th June 2017 - 2:00PM
Ivy
Ivy Complex, George Street, Sydney, New South Wales, Australia
Headliner: GANZ & JUST BLAZE
Supports: Luca Lush, Quix, Odd Mob, Command Q, Blanke, TXNK, Fossa Beats Courtyard Party’s back baby, and we’ve got a jam-packed line-up to take over your June Long Weekend! On June 11, Courtyard is bringing a slew of international and local acts to Sydney’s ivy; from Grammy-nominated producer Just Blaze to future-bass king Ganz, as well as local favourites Command Q and Fossa Beats, we’ve got a little something for everyone to get sweaty to on the dance floor. Cop the full line up below: Blanke COMMAND Q Fossa Beats GANZ Just Blaze LUCA LUSH ODD MOB TXNK QUIX With its airy setting and Funktion One sound system, it’s no wonder Courtyard has a rep as one of the best day venues in the country. Things are about to get sweaty - trust us, you don’t wanna miss out on this one….