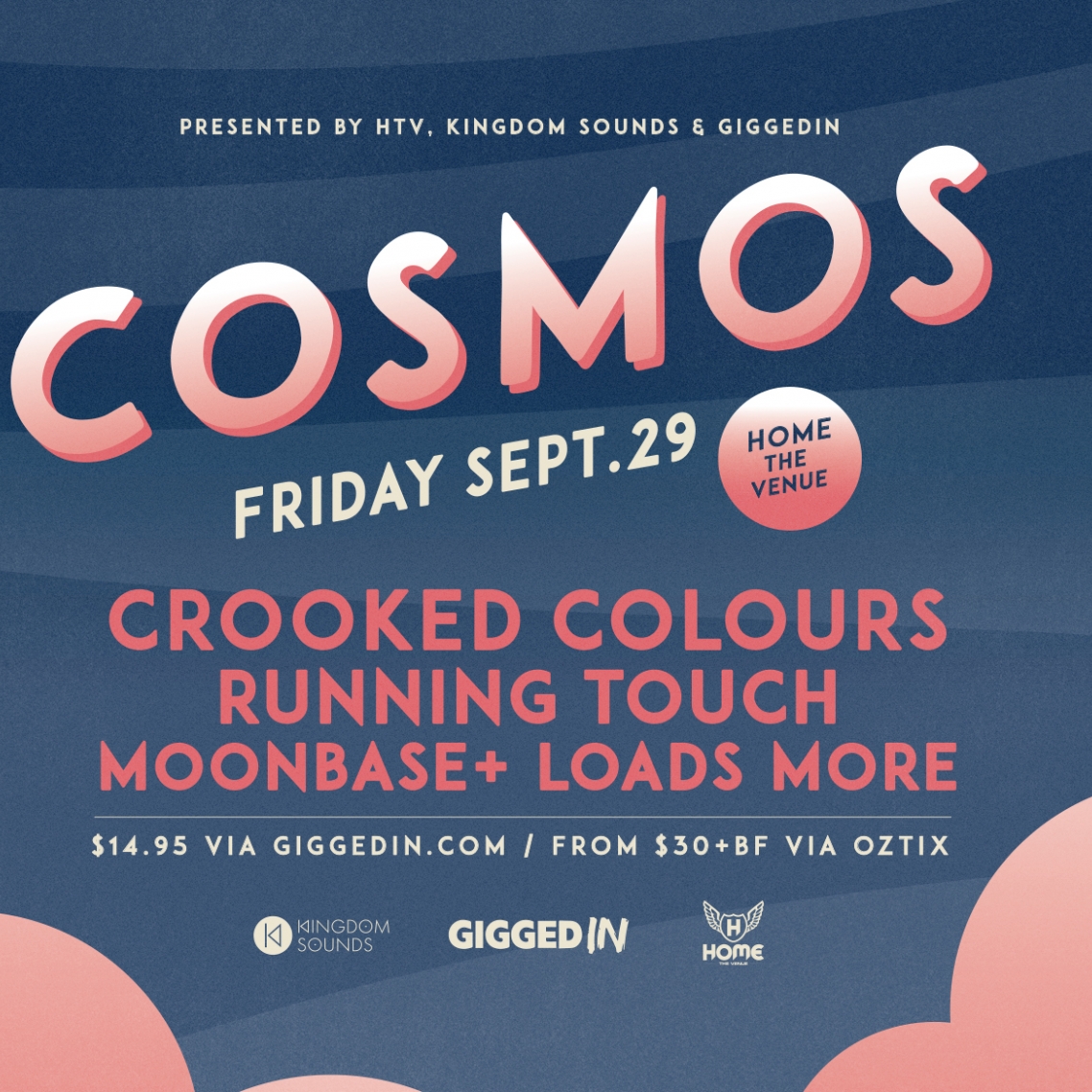 For a limited time, you'll save $14.95 on your first Crooked Colours, Running Touch, Moonbase + more ticket. There's also no booking fees and tickts for all events are always below RRP. 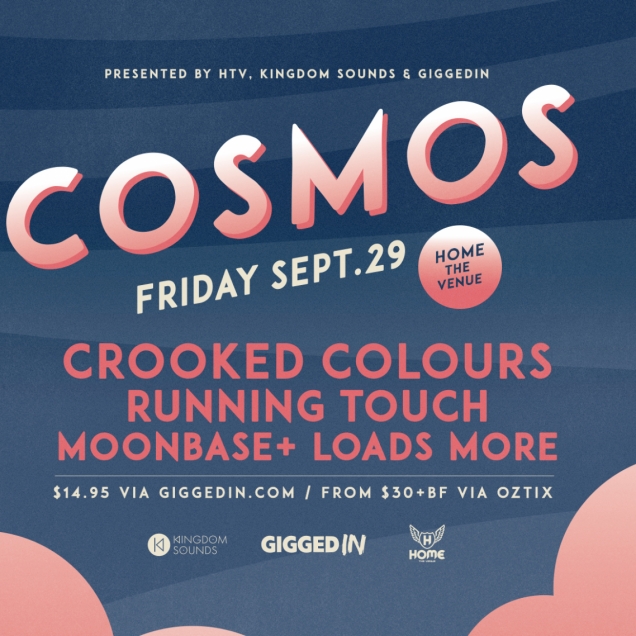 Friday, 29th September 2017 - 9:00PM
Home The Venue
Home The Venue, Sydney, New South Wales, Australia
Headliner: Crooked Colours, Running Touch
Supports: Crooked Colours, Running Touch, Moonbase, Poy-Sian, Balafas, Nastyboys, Jae-Y, Hames, Breve, Reckless Abandon, Dbak GiggedIn teams up with new night COSMOS - giving Sydneysiders a rare chance to see their favourite live electronic acts for a steal. We have gym memberships, magazine subscriptions, Afterpay for clothes, even wine delivery subscriptions... why not apply the same incremental logic to great live music? Rent and the cost of living in Sydney is more expensive then ever, but that doesn't mean you have to be on house arrest - GiggedIn to the rescue! GiggedIn is a live music subscription service, on a mission to make live music a part of every person's weekly routine. With no contracts, and no commitments, you pay your fee once a month, and get free entry to the best gigs, clubs, comedy and movies, handpicked by GiggedIn's expert team of curators. Pay once per month, browse the site, pick a show and know you’re on the door. While tickets to COSMOS for the general public will be between $30 and $40, by subscribing to GiggedIn, punters can access COSMOS for free as part of their monthly $14.95 - and then continue to access incredible gigs each week for the same price. LAUNCH PARTY - OFFICIAL ARTIST LINE-UP Live electronic acts, future bass, electronic house...and robot waitors! Step outside of your Sydney spaceship and enter a new galaxy where Australia's biggest stars will be shining bright, late into the night..COSMOS. The first acts to emerge in our COSMOS will be: Sydney indie-electronic trio CROOKED COLOURS are at the top of their game right now. After a creative hiatus, their debut album ‘Vera’ was released earlier to this year to resoundingly positive reviews, they’ve been getting a heap of play on triple j, and they’ve been smashing the live scene of late, with a huge run of shows on the nationally sold-out Wine Machine tour, and sold-out album launch parties around the country, with festival dates Yours and Owls and Spilt Milk still to come. Growing from an industry whisper to one of the most esteemed and talented about new acts to hit the Australian dance music circuit in recent times, Melbourne’s RUNNING TOUCH has had a massive year, that’s seen him perform to audiences across Australia on his widely acclaimed Body Touch headline tour, tour with Groovin’ the Moo, and impress abroad at SxSW. Onstage, he’s an artist that gives off an electrifying live presence - not dissimilar to that of London Grammar – bringing together art, storytelling, ethereal electronica and dance, Running Touch’s live show at COSMOS will be a thrilling experience for those present. Formerly Moonbase Commander, Sydney electronic maestro MOONBASE has been attracting international attention in light of his classy collab with rapper Anderson .Paak earlier this year. The prolific creator’s work is rich with dark, grime influences – he’s widely known for his forward-thinking flips and well sought-after remixes. Bringing live shows back to life, Moonbase’s sets are unrelenting displays of energetic movement, light and sound – a sight that blends effortlessly with his futuristic beats. There’s still plenty of amazing local talent still to be announced for the COSMOS Launch, so keep your eyes on socials.

Sign up below for your
Crooked Colours, Running Touch, Moonbase + more ticket(s)