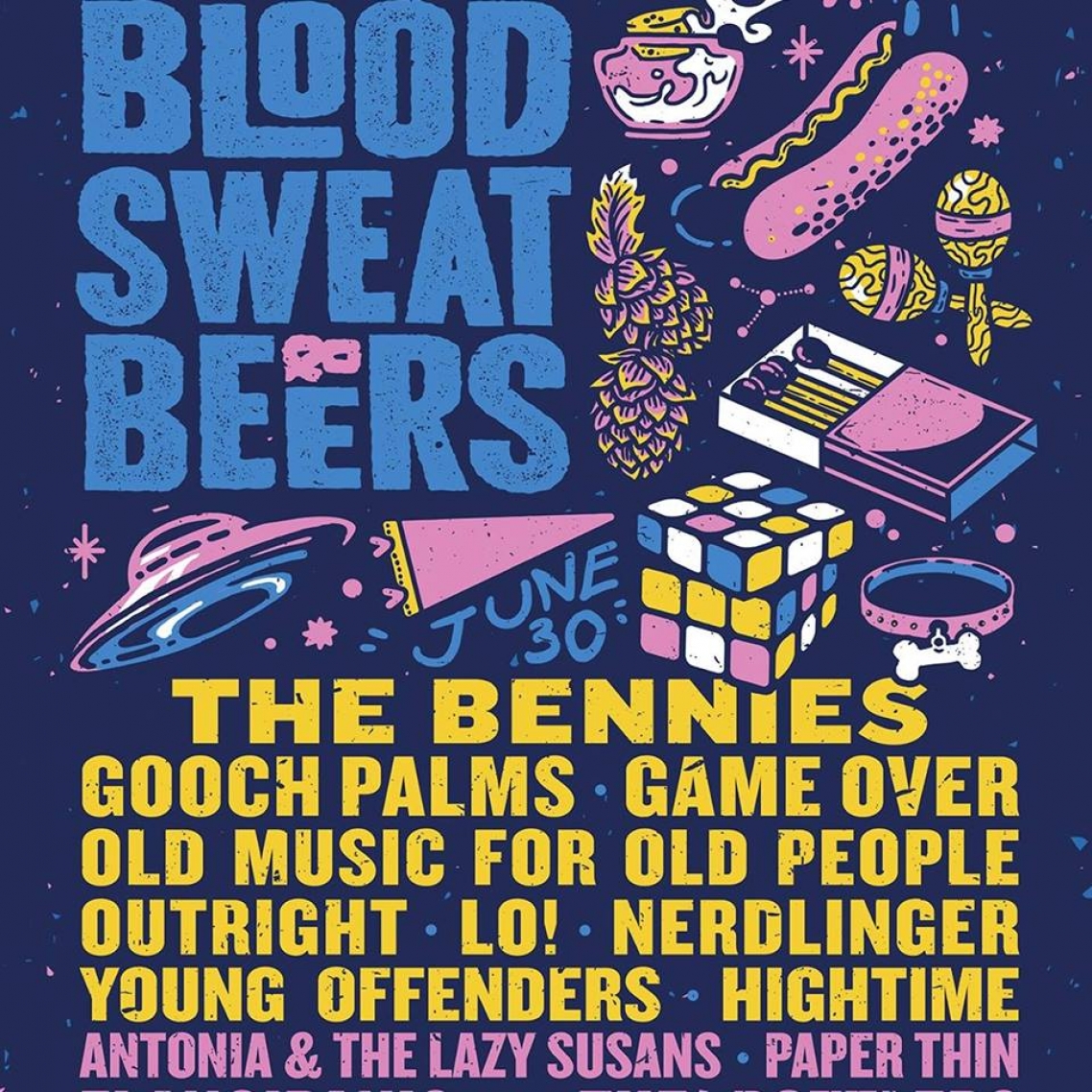 For a limited time, you'll save $14.95 on your first Blood, Sweat & Beers 9 ticket. There's also no booking fees and tickts for all events are always below RRP. 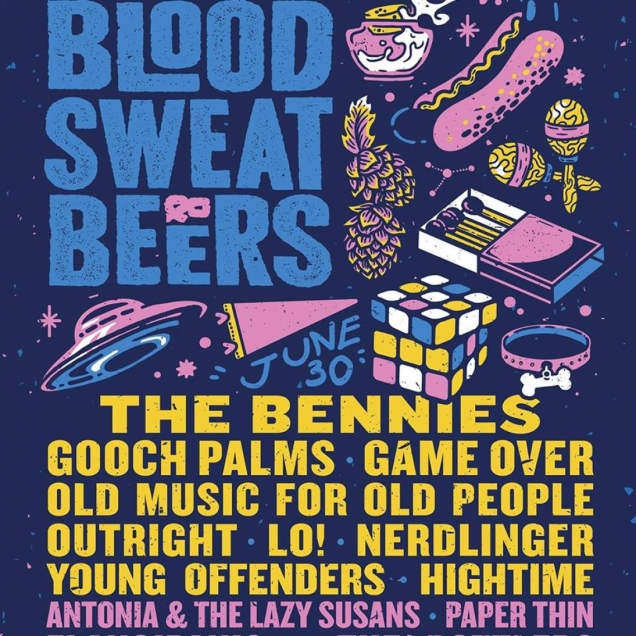 Saturday, 30th June 2018 - 3:00PM
Factory Theatre
105 Victoria Road, Marrickville, New South Wales 2204
Headliner: The Bennies, Gooch Palms
Supports: Game Over, Old Music For Old People , Outright, Lo!, Nerdlinger, Young Offenders, Hightime, Antonia &amp; The Lazy Susans, Paper Thin , Flangipanis , The Bottlers , Vetty Vials &amp; The Sandpit Turtles, Ess-Em , Lionizer , Jack Reilly Band , Nothing Rhymes With David, Idle Threat , Mole Men, And on the Acoustic stage we have, Lucy Wilson, Lincoln LeFevre, Jamie Hay, Lindsay McDougall, Jonathon/Jono Barwick, Billy Demos, Jo Neugebauer, Hazel Way back in early 2009 three friends agreed on the logo and line up for a little one day soiree they called Blood, Sweat & Beers. With a premise of giving younger bands a chance to get on bigger stages alongside their more popular peers in a nice inclusive space with no bigotry towards style or people, it worked 8 times then had a nap… Now nine years later some of those friends are doing it one last time at The Factory Theatre, there won’t be another after this so it’s your last chance to have a good time with the BSB crew and this generally excellent line up of bands spread over three stages around the Factory Complex
image('homepage'))?> title?> id ?>