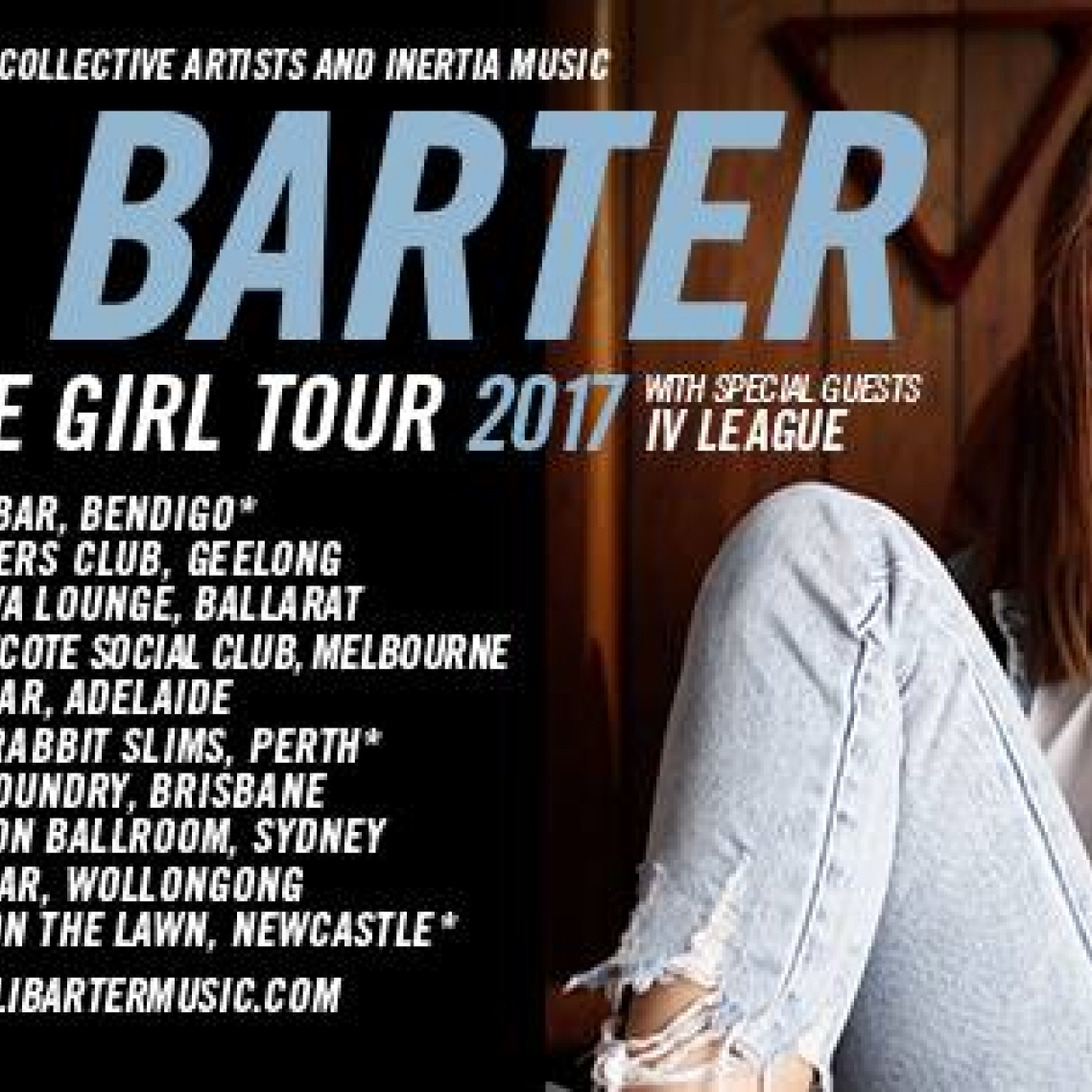 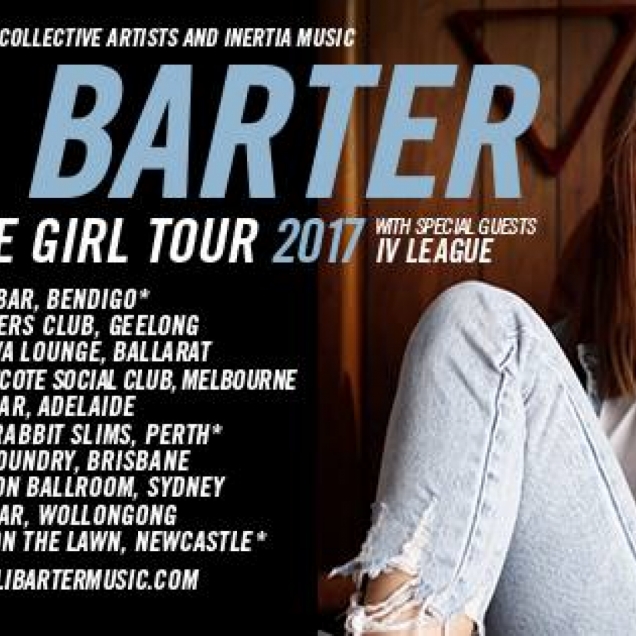 Thursday, 25th May 2017 - 8:00PM
Hudson Ballroom
Hudson Ballroom, Liverpool Street, Sydney, New South Wales, Australia
Headliner: Ali Barter
Supports: IV League Set in Mount Martha, Victoria, Ali Barter has today revealed the video for her newest hit single "Cigarette". Drawing parallels between the mundanity of suburban living and the dissatisfaction of social expectation, Ali continues to challenge what a suitable girl is meant to look like? With the new video, Ali has also announced A Suitable Girl Tour, presented by triple j, which will see a national run of dates supporting the release of her much anticipated debut album. Kicking off at the Star Bar in Bendigo on Thursday April 13, the tour will weave around the country to take in Geelong, Ballarat, Melbourne, Adelaide, Perth, Brisbane, Sydney and Wollongong and Newcastle Uni with support from Directed by Plex Goldwin, the video is the visual treatment that "Cigarette" deserves. Thrashed out with Ali at the forefront, the track's melodic sway and attitude-laden guitar riffs come to life. This is juxtaposed against scenes of everyday life, a nod to the lyrics which lament their frustrations of an unsatisfying relationship. After a 2016 supporting the likes of The Jezabels, City Calm Down and The Rubens, plus her own sold out single tour for "Girlie Bits", Ali's headline tour will see A Suitable Girl's vision realised live, in which Barter displays her ability to capture frank, sometimes messy emotions in memorable and at times cathartic anthems.