NOFX has been featured once in our huge lineup of shows. We hope to ticket their next event. 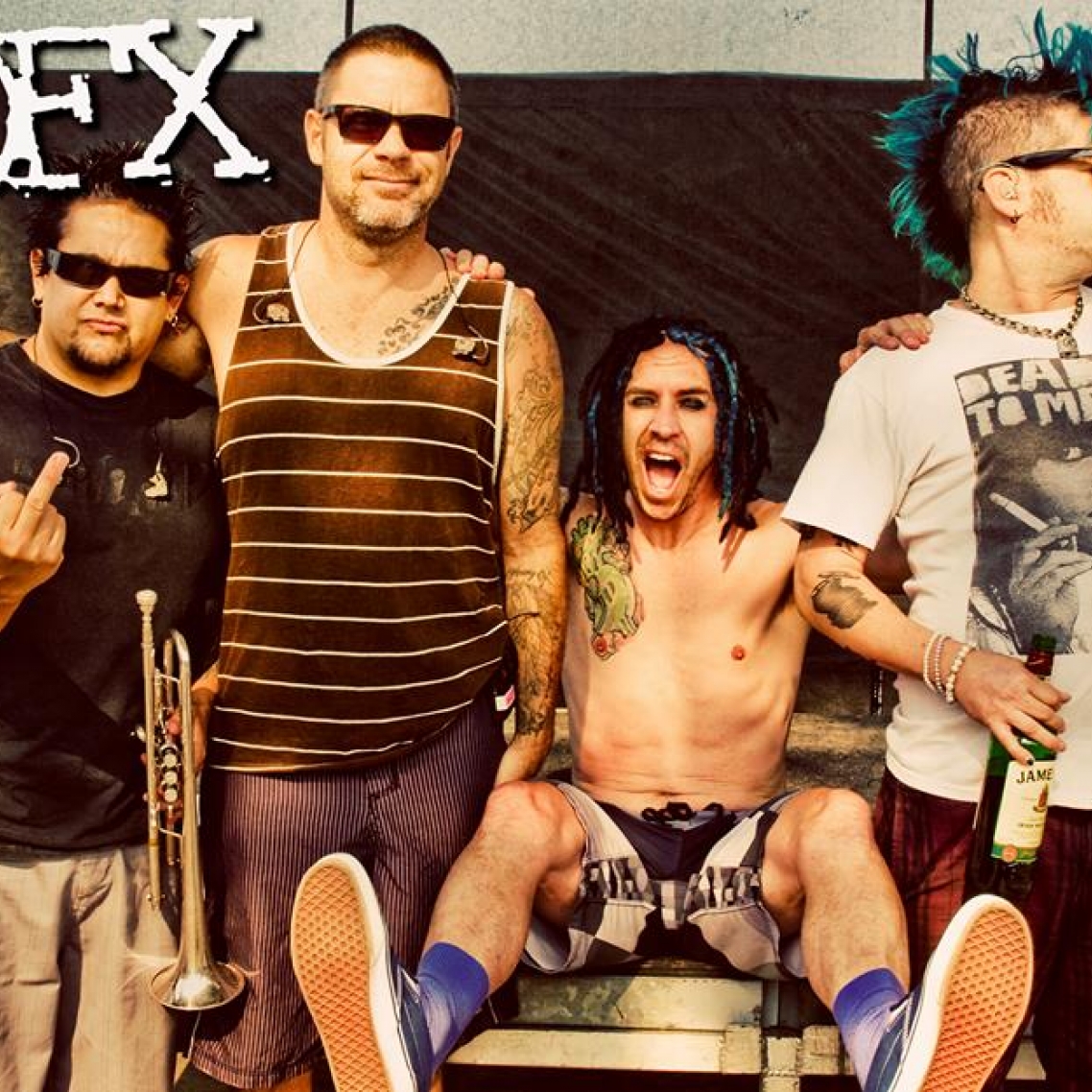 If there’s been one constant in NOFX’s twenty-five year career, it’s been their quest to innovate, whether that means writing the world’s most prolific punk song (“The Decline”), playing shows in some of the most dangerous locales in the world (as evidenced in their Fuse TV series Backstage Passport) or tackling subject matter that will make you laugh, cry and critically think—often within the confines of the same song. NOFX (frontman Fat Mike, drummer Erik Sandin and guitarists Eric Melvin and El Hefe) carry on this tradition with their eleventh studio album Coaster, which exposes a more personal and introspective side of one’s of punk’s most revered and enigmatic acts.

“I think that this record is more old-school than anything we’ve done in the past,” Mike says about Coaster. “NOFX were a hardcore band that got melodic, but to me the best kind of music came out of that early ’80s L.A. movement,” he continues, citing acts like the Adolescents and Circle Jerks as constant influences and adding that Coaster is “a little darker and less aggressive than our other stuff.” Recorded with legendary Descendents drummer Bill Stevenson at San Francisco’s Motor Studios, the album accurately captures the eighties sound—although Mike insists this wasn’t a conscious effort. “We’d just start playing a song and we all kept thinking that clean guitar tones would sound better; it just kind of drove it more,” he explains, adding that the band strictly used vintage Silvertone amps and Fender Jazzmasters to capture that era’s incendiary sound.